A story about the suicide death of a failed presidential assassin turned right-wing blogger that first appeared at Free Republic has been gaining traction in the blogosphere. Looked at objectively and dispassionately it appears to be a hoax.

Ronald Barbour (aka Ronbo), a blogger (and failed assassin) few have heard of, announced in December 2007 that he had “blogger burnout” and was suspending his blogging activities. Today a posting on Free Republic links to what is alleged to be a suicide note from Barbour, via a post at his blog. The problem is that the “evidence” of death, an obit in the Cleveland Plain Dealer, only matches the blogger in name only – not age or city of residence.

The problem is that the Ronald Barbour in the obit is not the blogger.

Ronald Gene Barbour the blogger lives in Orlando, Florida not Cleveland. He actually lives at the Orlando VA Healthcare Center. He lived their last year as well

There’s also some confusion about his age based on reporting of his arrest for attempting to assassinate President Clinton. Original reports would make him 52 years-old now, but later reports indicate his age is now 59. Barbour himself addressed that discrepancy and is turns out that his is now 59 years-old.

I’m not sure what exactly to make of Barbour, but it appears he’s still very crazy, and very much still alive…

Update: I’ve been in contact with a reporter for the Orlando Sentinal who is looking into the story. I’ll let you know what we are able to determine. 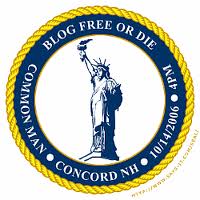