It’s not that Bill is out of control and won’t shut up; rather, his being out there spouting off is part of the Clintons’ strategy, according to Ben Smith at The Politico. Even though Kennedy and Emanuel have told him to shut up, don’t expect him to go away any time soon. The Democratic base loves Bill Clinton and wants him back in the White House.

The logic is clear. Bill Clinton’s approval rating stood at 79 percent among Democrats in one CBS poll this summer, and interviews with voters in the early states often find Democrats saying that her access to her husband’s advice is a key reason for supporting Hillary Clinton.

“While some observes have warned the campaign not to allow the former president to ‘steal the limelight,’ [Bill] Clinton has the ability to validate the candidate and launch aggressive push backs on [Hillary’s] opponents, including those of us in the media,” said Donna Brazile, a former Clinton aide and CNN commentator who was recently one of his critics.

He’s “a beloved figure in the Democratic party,” she added.

Some have wondered if Bill could possibly be happy not being in control; however, does anyone really think he won’t be in control if Hillary wins the Democratic nomination and then the general election? Ben Smith ends his piece with this, and I think he’s right in his analysis of Bill’s motives:

The shift in Bill Clinton’s role — from silver-haired statesman to attack dog — has drawn warnings that he’s compromising his legacy and his stature. But what better way to defend his legacy, he has apparently concluded, than getting his wife elected president?

Update: Tom Daschle, an Obama supporter, calls Bill’s behavior “unpresidential.” I don’t think he or Hillary cares what other Democrats think. What matters to them is getting Hillary into the White House and getting the Democratic nomination is the first step. If behaving in ways that the Democratic base laps up but other Democrats think is unpresidential gets them that nomination, so be it. 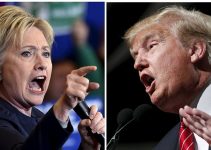 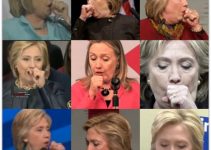