Two other points are worth mentioning:

1. A huge component of the current inflation rate is that of sharply-higher prices for food. That, in turn, largely is related to the massive, global push for increased Ethanol production. Which, in turn, over the long haul, will decrease our reliance on foreign. i.e., Middle-East, sources of fossil fuels. The media for obvious reasons won’t ever present the issue along these lines — at least not while a Republican occupies the White House — but shouldn’t a key national security item be deemed quite worth higher consumer prices?

2. Farm subsidies and farm incentives always have been sore topics with true fiscal conservatives. Given the sharp increases in food prices our current farm policies must be deemed a parody of a sham. We’re paying farmers public money for them *not* to produce certain crops. We’re paying other farmers public money to give them *incentives* to produce Ethanol. We’re doing this in an era in which there’s massive global demand for food and Ethanol. That’s a SNAFU of a SNAFU.

The overall economy in late-November and December grew in seven of 12 Federal Reserve Districts. Two Districts were mixed. Three Districts might or might not have contracted.

Here’s a link to the official report.

GDP growth unquestionably was at a much lower pace in Q4 of 2007 when compared to Q3 and Q2. But, still, the economy grew.

Retail sales in December fell 0.4%. That followed a gain of 1.0% in November.

Over the past year retail sales rose 4.1%. That’s a pretty solid figure, given the fact the economy has been growing since late-2001, that consumers never stopped spending even during the business-recession of 2000-2001, and the overall rate of inflation has been increasing since 2003.

But, still, as mentioned above, there’s no question the economy has slowed down.

In other words, roughly the same number of people are being laid off from their jobs today when compared to the same period 10 years ago — despite the fact total employment today is higher by upwards of 16 million persons.

The chances the media will report anything along those lines nearly are the same as “Gore Wins Florida,” or “Kerry Winning Pennsylvania by 20 Points,” or “Obama Defeats Hillary in N.H. by 13 Points.” If you catch my drift….

Lately gold has been in the news.

Perspective check: Back in the halcyon daze of Tip O’Neill and the peanut farmer, of Afghanistan (the Soviet edition) and of hyper-inflation, of 444 days of Iranian-held hostages, and of long lines for gasoline, gold fetched around $2,200 in today’s dollars. In other words, the price of gold could double from its current level and it still would not nearly be as expensive — in inflation-adjusted terms — as it was back in 1980.

There’s also an investment angle here that’s worth mentioning. The time to have purchased gold was several years ago, back when it still was trading well under $350 per ounce. If now you’re wanting to buy gold — because it’s going up — you’re doing the exact opposite of what you should be doing.

But pay careful attention to the reference to what the AP writer cryptically refers to as “a 2005 law.” That law is the 2005 Energy Policy Act, one of the landmark accomplishments of the former GOP Congresses. Decades from now there will be positive effects in the real world by virtue of that law, e.g., updated power grids, nuclear power, renewable energies, common-sense conservation measures, increased national security, etc.

Wall St. Lemmings reacted as one would expect.

Citi already is a good long-term purchase. But if it gets too much cheaper it’ll become a screaming, obvious must-do-it purchase, the like of which hasn’t been seen on the Street since the glory days of Altria (then Philip Morris), circa 1999-2000, being priced at less than the value of its non-cigarette related businesses.

Speaking of stocks, the major stock market indices fell this week amidst heavy and volatile trading.

Me thinks we’re at the point where blue chip stocks in general are cheap enough to start buying in large amounts. Certainly there are individual companies, e.g., Citigroup, whose share prices already are more than cheap enough to purchase. Furthermore it’s always better to average down one’s purchase costs than to average up.

Tasters responded more strongly to pricey wines than to cheap wines, even when given the same varietals and vintages in disguise.

Obviously the testing sample to which that article makes reference is nowhere near statistically significant. But I’d almost be willing to bet real money that if you did a real sample you’d get similar results.

Being a snob about wine is a sine qua non of left-coast condescension and superciliousness. And, yes, thank you, I live in California, but, no, I’m not really a wine snob. I’m more of a coffee snob. Cigars too. Oh, and beer.

Goin’ to the Dogs (and Cats)

A federal appeals court has dismissed a woman’s claims of emotional distress in the aftermath of her co-worker and boyfriend’s 2003 shooting rampage at the Lockheed-Martin plant in Meridian, Mississippi.

The 5th Circuit U.S. Court of Appeals upheld a trial judge’s ruling that Shirley Price’s primary claims were best addressed through state workers’ compensation. The appeals court also upheld a ruling that dismissed Price’s claim she inappropriately was fired from her job in the aftermath of the shooting.

Yet another good decision by the 5th Circuit.

That’s one of the most conservative of our Nation’s federal appeals courts. Which should not be surprising. The vast majority of its active judges were nominated by our last three Republican presidents.

Here’s a link to the actual text of the Prez’s speech regarding his proposed fiscal stimulus package. For obvious reasons the media is spinning agendas as opposed to reporting facts.

Tax cuts always are a good thing. The problem, of course, is that conservatives in 2006 threw away Congress. So, ergo, it’s quite unlikely if not impossible that any form of tax relief enacted this year nearly will be as effective as that 2003 tax relief package.

The Knucklehead of the Day award
The Wizbang Primary 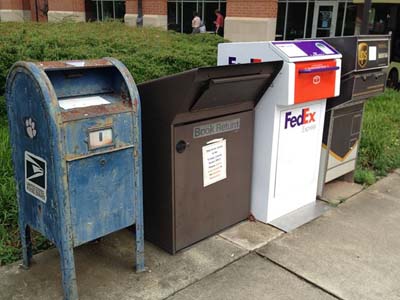