When a Republican Senator needs the ACLU’s help in a criminal case, he ought take it as a sign his resignation is past due. The Associated Press reports:

In an effort to help Sen. Larry Craig, the American Civil Liberties Union is arguing that people who have sex in public bathrooms have an expectation of privacy.

Craig, of Idaho, is asking the Minnesota Court of Appeals to let him withdraw his guilty plea to disorderly conduct stemming from a bathroom sex sting at the Minneapolis airport.

The ACLU filed a brief Tuesday supporting Craig. It cited a Minnesota Supreme Court ruling 38 years ago that found that people who have sex in closed stalls in public restrooms “have a reasonable expectation of privacy.”

The full story is at the link above. The ACLU is not solely at fault here, as they rely on a Minnesota Supreme Court precedent. One wonders what on earth possessed that Court to rule in such a way. Senator Craig might not appreciate the nature of the “help” delivered in this case, either, but he has only himself to blame for his predicament – both in the original instance, and in drawing the scandal out.

Had he followed through on his promised resignation and departed quietly from the national stage, we might (mercifully) been able to forget him and his transgressions, leaving him as a footnote in history. 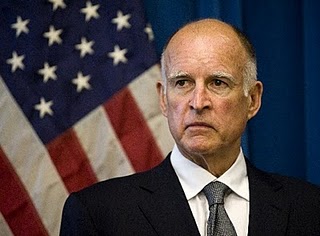