Home
2008 Presidential Race
Bloomberg may yet run for President

Where does an 800 pound gorilla sleep?

Anywhere he wants . . . and so it is with the feckless, idle rich. As Ross Perot showed, if a man has enough money in the bank and time on his hands, even repeated public demonstrations of neurosis may not keep him from high political office. When Perot withdrew from the Presidential race in May of 1992, ostensibly because Republicans planned to disrupt his daughter’s wedding with photo-shopped scandalous pictures (yeah, that’s the ticket), he had just taken the lead in polling, ahead of President George H.W. Bush and then-Arkansas Governor Bill Clinton. Even after this display of mental instability, Perot managed to win 19% of the popular vote in November, the most of any “third-party” candidate since Teddy Roosevelt’s Bullmoose run in 1912.

And thus it should surprise no one that the on-again, off-again flirtation of New York Mayor and multi-billionaire Michael Bloomberg with a Presidential run may be “on” again. Sam Roberts reports for The New York Times (free registration required; visit BugMeNot for passwords):

Buoyed by the still unsettled field, Mayor Michael R. Bloomberg is growing increasingly enchanted with the idea of an independent presidential bid, and his aides are aggressively laying the groundwork for him to run.

On Sunday, the mayor will join Democratic and Republican elder statesmen at the University of Oklahoma in what the conveners are billing as an effort to pressure the major party candidates to renounce partisan gridlock.

Former Senator David L. Boren of Oklahoma, who organized the session with former Senator Sam Nunn, a Democrat of Georgia, suggested in an interview that if the prospective major party nominees failed within two months to formally embrace bipartisanship and address the fundamental challenges facing the nation, “I would be among those who would urge Mr. Bloomberg to very seriously consider running for president as an independent.”

Next week’s meeting, reported on Sunday in The Washington Post, comes as the mayor’s advisers have been quietly canvassing potential campaign consultants about their availability in the coming months.

And Mr. Bloomberg himself has become more candid in conversations with friends and associates about his interest in running, according to participants in those talks. Despite public denials, the mayor has privately suggested scenarios in which he might be a viable candidate: for instance, if the opposing major party candidates are poles apart, like Mike Huckabee, a Republican, versus Barack Obama or John Edwards as the Democratic nominee.

A final decision by Mr. Bloomberg about whether to run is unlikely before February. Still, he and his closest advisers are positioning themselves so that if the mayor declares his candidacy, a turnkey campaign infrastructure will virtually be in place.

Read the rest at the link above. What, pray tell, would constitute “bipartisanship” in today’s world? On Iraq, one either favors staying the course, or getting out quickly. On taxes, one either wants the Bush cuts made permanent, or allowed to expire. On down the line, on virtually every issue, there are two main positions. How, precisely, does one forge a “bipartisan” compromise on any of them? Neither side seems disposed to concede an inch on any of the main points of contention, both being convinced theirs is the correct one.

So, while the concept of “bipartisanship,” or merely the hope of “eliminating partisan bickering,” may be appealing in the general sense to many of those in the mushy middle for whom conflict itself is the enemy – truth and justice be damned! – and peace is a virtue at any price, the devil of such hopes, as always, is in the details.

Bloomberg himself is an unlikely hero to anyone. He is no Ross Perot.

Perot, for all his faults, at least stood for something: federal fiscal responsibility, debt reduction, entitlement reform (however nonspecific, he at least recognized and communicated the problem we have yet to address). Quick – no Googlin’ allowed – name what great issue Michael Bloomberg stands for! Name ANY position Bloomberg holds on an important issue!

The man may have opinions on them all, but he hasn’t been a leader on any. There is no national groundswell of fed-up volunteers ready to aid him, as Perot could command, because in the public mind he stands for nothing. In his case, the public mind is right on target. The man is enamored of himself, consumed by egotism which led him to leave his lifetime Democratic registration to run for Mayor as a Republican ONLY because he could never have won the Democratic nomination. Earlier this year, he conveniently switched again, to an independent registration.

Bloomberg stands for Bloomberg. Those who enjoy listening to the incessant droning of whiny assholes will flock to his banner – which, I suppose, means he might carry the District of Columbia. 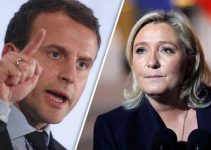