Home
Law
“Show Me A Good Loser, And I’ll Show You A Loser”

“First thing we do, let’s kill all the lawyers.”

That line from Shakespeare’s Henry VI is oft quoted, but now I wonder if it will gain in popularity among the militaries.

Thanks to He Who Needs No Linkage, I found this article from the Jerusalem Post. It seems that there is one contingent among the Israeli military and government that is well pleased with last year’s aborted war with Hezbollah in Lebanon, that ended with absolutely nothing resolved on the battlefield — the lawyers.

Apparently, the lawyers in the Israeli military and government decided that that conflict was the perfect time to make their own push for power — for the authority to dictate tactics and exercise veto power over actions — and they succeeded. For while the actual conflict went unresolved — indeed, Hezbollah argues with some justification that it is now stronger than ever — the lawyers managed to make certain that Israel did forgo a decisive victory and substituted abiding by international laws and conventions and pressures.

As I read the article and thought about it, the more I came to realize that there was a great deal in common between international law — especially when it comes to warfare — and certain laws here in the United States. Most particularly, gun-control laws.

When the Geneva Conventions and other agreements covering wars and other armed conflicts were first approved, the philosophy was not some high-minded appeal to people’s better natures. It was a simple quid pro quo — “we won’t do this if you won’t, either.” Certain weapons and tactics were foresworn by both sides, the treatment of civilians and prisoners was regulated, and basic human rights were recognized — but with the stick being that the agreements had to be multilateral. Any nation that did not live up to the standards could expect that it would not benefit from them.

That was the theory, at least. It was rarely put into practice, but it was more honored in the breach than the observance. And so, today, these laws and conventions are shackles that are put on by the honorable, who face foes unfettered by any such restraints.

The underlying philosophy seems to be this: it is better to be defeated — or even killed — than violate laws and standards that do not inhibit those seeking your death. You may die, but you’ll die with clean hands and a clean conscience.

This may leave you to rest in peace, but it also leaves behind a killer who’s seen firsthand how easy it is to kill. You’ve already paid your share of the price of your conscience, but those who are left behind may also get to pay that price, thanks to you.

Another appalling aspect of this mentality is that it implies a moral equivalency between the two factions. Let’s go back to the Israel-Hezbollah conflict. During that fight, Israel was checked by its lawyers from committing acts that they said might be inhumane, might be against international law, might bring down condemnation from the global community.

Did the Hezbollah fighters wear distinctive uniforms? No. They dressed as civilians, virtually indistinguishable from ordinary Lebanese — until they started fighting.

Did Hezbollah avoid civilians, to keep them from being harmed? No. They set up their weapons and fighting positions in and among towns and villages, schools and hospitals and places of worship.

Did Hezbollah take pains to avoid injuring civilians? No. They fired off unguided missiles and rockets by the thousands, in the general direction of cities and towns and villages and farms, in the hopes of killing civilians.

Did Hezbollah respect the rights of prisoners? No. Their policy has been for years that Israeli prisoners are to be kept incommunicado, only rarely even offering proof that they are still alive, in hopes of exchanging them for Israeli prisoners. Even still, they are often tortured and executed in the cruelest fashion.

Did Hezbollah abide by the terms of the UN Resolution that ended the conflict? No. They have reasserted their control over southern Lebanon, keeping out the Lebanese government and army and re-arming with even more missiles and rockets than they had before the fighting.

In fact, the only rules of warfare I can think of that Hezbollah didn’t violate are the ones they didn’t have the means to — use of weapons of mass destruction (nuclear, biological, chemical). Yet here we have Israel being held to this standard of conduct, while their enemy freely flouts the same — and goes unpunished for it. Indeed, they are being rewarded for it. No one even talks about bringing this terrorist group masquerading as a political party and quasi-government to heel.

Likewise, under gun-control laws, law-abiding citizens are expected to obey all the laws and regulations the nanny-state governments choose to impose upon them, while the dangerous and psychotic and evil and rapacious do as they will — and when the law does catch up with them, they can often strike a deal that mitigates the penalties. For example, in Massachusetts, they passed the Bartley-Fox Law in 1974 that mandated one year in prison for carrying an unlicensed handgun. To the best of my knowledge, no one has been convicted of breaking that law in decades.

When it comes to matters of life and death, the law only means anything to those who are inclined to be civilized in the first place. The same holds true for individuals, societies, and nations. And the end result is the same: the advantage goes to the barbarians. We saw that in Lebanon in 2006, on the campus of Virginia Tech, a mall in Omaha, Nebraska, and in four airliners in 2001.

Thanks, but no thanks. I will not go gentle into that good night. I intend to rage against the dying of the light.

That is my duty to my fellow civilized people — I will not be a gentle, peaceful, law-abiding victim. I will not give my attacker any encouragement whatsoever to prey on others by submitting. 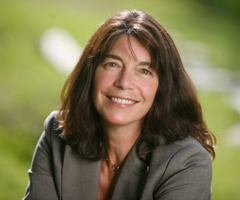