The House on Wednesday for the second time in 7 days passed a de facto tax hike under the guise of fixing the Alternative Minimum Tax:

Obviously that bill has no chance of escaping an override-proof veto under the current administration.

That bill in essence would give borrowers and bankruptcy judges retroactive veto power over private mortgage loan contracts.

Obviously there’s not a chance of that bill or anything along those lines escaping a guaranteed and override-proof veto by Bush 43.

Here’s a link to the actual text of the president’s veto message from Wednesday regarding the Democrats’ latest attempt to enact that socialized medicine healthcare bill. For obvious reasons Pravda-media’s reporting was so biased and agenda-driven as to be utterly useless.

* * *
Incidentally, keep in mind as you digest the machinations of Congress that several *million* conservatives are going to stay home and not vote next November. Surreal, huh?

Fortunately Hillary is to electability what Kitty Dukakis was to sobriety.

Vote For Sale
Midweek Round Up 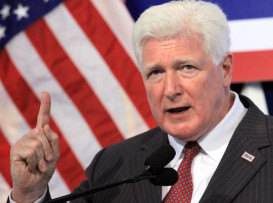