I’ve been watching the whole subprime mortgage thing with a vaguely bemused eye — I’ve never bought a house, so it’s all fairly abstract to me. Listening to some people talk about it, though, has left me more confused than anything else.

I’ve learned that the second-fastest way for me to learn something is to simply ask you, the readers, to clue me in. (The fastest way is for me to simply state something wrong — you folks are even quicker to correct me than to educate me.) So I’m going to toss out a few questions that ought to do a thorough job of exposing my ignorance.

1) What exactly is “predatory lending?” Did loan officers stalk would-be homeowners and somehow coerce them into signing agreements against their will? Also, are loan officers solitary hunters, or were there packs of them on the prowl, stalking people with shaky credit?

2) How much did the fight against “redlining” policies (which apparently led to the 1977 Community Reinvestment Act and its revision in 2005) lead to the whole “subprime” mortgages that are the focus of the current situation? (Thank you, Wikipedia, for letting me sound like I know a little of what I’m talking about.)

It’s often said that buying a house is often the single biggest financial commitment a person will make in their life. (Having kids is up there, too.) Before anyone does that, before they sign an agreement that will bind them for 20 or 30 years — or longer — they have a moral obligation to themselves and their family to make goddamned sure they know every detail that’s in that agreement. If they can’t understand the papers they’re being asked to sign, then they need to get someone (and NOT the person on the other side of the contract) to read it and explain it to them.

If there are lenders who are not living up to the letter of their agreements, then they need to be corrected — financially and, perhaps, criminally. They are the professionals here; they need to be held to a higher standard than the borrower. (A good parallel would be the “good Samaritan” laws that render someone immune from lawsuits for injuries they might cause or aggravate while making a good-faith effort to help someone — i.e. dragging someone from a car wreck to save them from burning, but causing more injuries by moving them. Most of those laws have a clause saying that the assisting person’s liability is on a sliding scale; the better their training and qualifications, the higher the standard they will be held to. For example, if I were to do something stupid while trying to help, I’d be OK, but a trained physician doing the same thing could be sued for malpractice.)

But if it’s a simple matter of the borrower not reading and understanding the loan documents, despite all the places where they need to sign and initial indicating that they have read and do understand them, then quite frankly I don’t see why it’s the lender’s, the government’s or anyone else’s fault when they can’t keep up with the mortgages they signed for. As Larry Niven said (and Dafydd ab Hugh is fond of quoting), “Not responsible for advice not taken.”

4) A lot of people had the opportunity to get a subprime loan, and declined it — choosing a more traditional form of loan or none at all. Those who played it safe are now kicking themselves, as they see their decisions are costing them in the long term as those who took the riskier loans and got into trouble are now getting bailed out. In essence, the bailout “rewards” those who made bad decisions, and “punishes” (by depriving them of similar aid) those who played it safe. Is this a good idea? Will this end up sending the wrong message — don’t bother playing it safe, if you make bad choices the government will protect you from the consequences? (This reminds me vaguely of Hillary Clinton’s single venture into the cattle futures market, when her agent passed along all the profits, but absorbed all the losses, until Clinton’s $1,000 bloomed to $100,000.)

5) Another parallel I’m feeling here is the debate over illegal aliens. Our compassionate instincts tell us to forgive those who have made bad choices, to help them evade the consequences of those decisions. But in both cases, the decision to help can instead encourage even more people to make the same bad decisions (take mortgages they can’t afford, enter the US illegally) in the future, trusting that they will be bailed out and protected from the consequences.

OK, those are the thoughts I’m having, based on what little I know about the matter. But I know it’s important, because President Bush and the Congress have put it on a higher priority than the federal budget. Now tell me just how wrong (not mean and selfish and lacking in compassion and sympathy, but out-and-out wrong) I am. 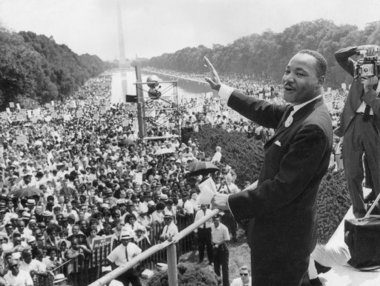