This week’s Weekend Caption Contest™ captured the imagination of captioners like no other – I wonder why? Consider this my gift for teasing you last week with an Oktoberfest picture with no lederhosen or large breasted beer wenches. Contestants did plenty of nipping and tucking with the hefty target(s) this week. The assignment this week was to caption the following picture: 1) (SarahConnor2) – “The newest recipient of a grant from the National Endowment of the Arts tries to choose which bag of urine to use in his latest work.“

3) (retired military) – “And this just in. Two more claimants of the Anna Nicole Smith fortune have come forward.“

4) (guido) – “Ted Kennedy prepares to down a couple of Chivas Jello shots.“

6) (LaMedusa) – “A latest study in the symmetrical design of artificial intelligence.“ 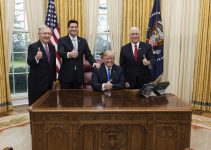 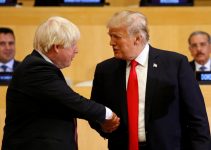