A poster at the Free Republic who either attends or teaches at the U of D received an email yesterday, September 11, from university leadership introducing a Muslim prayer room on campus. He didn’t include his email, but I found this page at the U of D’s website that points out where the prayer room is located. You’d think this would be unusual since one of the main purposes of Catholic universities is to teach the faith of Catholicism.

Nonetheless, I found this piece from the Vatican about how Catholic universities can better work with Muslims to help them feel more accepted. Here’s a portion:

The vast majority of Catholic campus ministers that answered our questionnaire identified a Muslim prayer space for students as the number one religious concern of Muslim students. On some university campuses, such designated spaces have been a separate room, a shared common space, or a sacred space used by various religious groups. Consider the following:

1. A Separate Room: At the University of Detroit Mercy, Detroit, MI, a Catholic and Jesuit University, a space is provided for 2 Islamic prayer rooms. At the College of the Holy Cross, Worcester, MA, two years ago, a small conference room in the Campus Ministry Center was turned into a permanent Muslim prayer room for the campus. Having the Muslim prayer room in the Campus Ministry Center gives the Catholic campus ministers and Muslim students an opportunity to interact regularly.

2. A Shared Common Space: At Harvard Medical School, Cambridge, MA, the Student Common Room is used for Mass and then Islamic prayer every First Friday of the month. Often the Catholic students and priest help the Muslim students to role out the carpets as one group exits and another enters.

3. A Sacred Space Used by Various Religious Groups: Staten Island University, New York, NY, through the combined efforts of Catholic Campus Ministry and the college administration, designated a “Prayer and Meditation Room” in the Campus Center, which can be used by anyone who wishes to spend some time in prayer or meditation. The room can also be booked for services or prayer by any organization on campus. Fridays are generally blocked out for the Muslim Student Association, while Ash Wednesday is designated for Catholic campus ministry.

The second identifiable concern of Muslim students by Catholic campus ministers that answered our questionnaire was the issue of fasting and food accommodations. Some campuses seem to be very accommodating, others, not so much. Catholic campus ministers at religious colleges report that their schools are more sensitive to these issues than the state schools reporting. For example, one Catholic university campus reported that the Catholic chaplains and the Muslim Student Association co-sponsored a breaking-of-the-fast meal at Ramadan.

However, that ideal has, for the most part, been gravely distorted especially in North America. Even if young people survive with their faith intact until university or college age, statistics show they will lose their faith in so-called Catholic higher education.

A large study which gained massive attention in 2003 found that by the time they graduate, students at many Catholic colleges are significantly more opposed to Church teachings, pray less, and are in many ways less religious than when they were freshmen. The study, based on annual surveys by UCLA’s Higher Education Research Institute (HERI), surveyed students at 38 Catholic colleges finding that:

· Whereas a majority of students entered Catholic colleges pro-life (55% opposed to legal abortion, 45% in support), many graduated pro-abortion (57% pro-abortion, 43% pro-life).

· Support for legalizing homosexual “marriages” increased from 55% to 71% by senior year.

· Approval of having sex with someone known “for only a very short time” increased from 30% to 49% by senior year.

· Among Catholic students, 9% left the faith by graduation. Although 11% of non-Catholic students converted to the Church, their actual numbers were smaller and still left Catholic colleges with a net 4% loss of Catholics.

· Among Catholic seniors, 13% did not attend a religious service in the past year (a four-fold increase since their freshman year), and about half attended only occasionally.

Pandering to the Muslim faith will only serve to continue this trend. 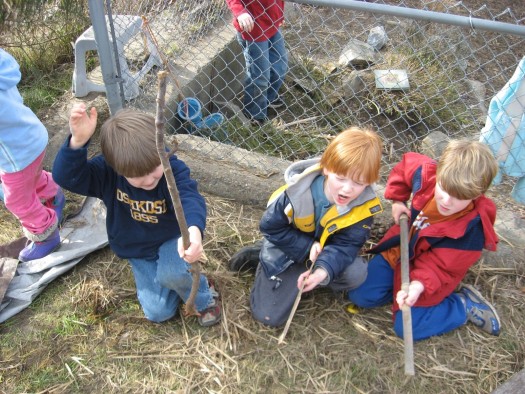