Who remembers playing with G.I. Joe as a kid?

For those of us who grew up with normal childhoods, instead of the moonbat-infested, politically correct childhoods forced onto kids today, G.I. Joe was the action figure to have. It was originally started in the 60s as a WWII soldier, with soldiers from other countries (Germany, England, and believe it or not, France), but saw its most successful sales during the resurgance in the 80s, with the Real American Hero, or RAH line. There was also a cartoon and a comic book series to help market the toy. The G.I. Joe team fought the COBRA Command, a terrorist organization. The man who would become Cobra Commander swore to overthrow the government and take over the world, as all good antagonists do.

My brother loved his G.I. Joes, as most boys did. He would create battlefields, blow stuff up, and shoot bad guys. I played along occasionally, but usually was kicked out when I tried to make my Barbies a part of the G.I. Joe team as well (that never went over very well — soldiers can’t fight terrorists in high heels and make-up, after all). The uniforms, vehicles, and playsets were all designed to be similar to what was up and coming in military technology (the Sky Stryker fighter plane, for example, was based on the F-14 Tomcat). The fact that it was realistic was what made it so appealing to so many kids.

G.I. Joe was unabashedly patriotic. Many fans were, of course, excited to hear about the new movie to be released by Paramount.

But of course, in the liberal land of Hollyweird, a Real American Hero is just unacceptable. Nope, it’s gotta be a global hero. G.I. Joe will be a global operation, not an American one, and G.I. Joe now stands for Global Integrated Joint Operating Entity:

The studio’s live-action feature film version of G.I. Joe will no longer revolve around a top-secret U.S. special forces team but rather an international operation.

In a follow-up to their confirmation that Stephen Sommers will direct G.I. Joe, Variety offers this new description of the team: “G.I. Joe is now a Brussels-based outfit that stands for Global Integrated Joint Operating Entity, an international co-ed force of operatives who use hi-tech equipment to battle Cobra, an evil organization headed by a double-crossing Scottish arms dealer. The property is closer in tone to X-Men and James Bond than a war film.”

So why the changes? Hasbro and Paramount execs recently spoke about the challenges of marketing a film about the U.S. military at a time when the current U.S. administration and the wars in Iraq and Afghanistan are at a low-point in global polls. When a studio makes a film as expensive as G.I. Joe will likely be, they want to know that as many people as possible around the world will want to see it. In other words, G.I. Joe — “A Real American Hero” — is a tough sell.
Nothing is sacred to liberals. Nothing patriotic or American is worth preserving. And I’m sure it never crossed their little liberal minds that perhaps if Hollywood made movies in the vein of those released during WWII, in which America, the military, and our soldiers were portrayed as strong, patriotic heroes, rather than today’s military movies in which the United States is always the bad guy, war is always “wrong”, and our soldiers are morally corrupt, people wouldn’t have such a negative outlook on the wars in Iraq and Afghanistan (the mainstream media should get that memo, as well). They could be supportive and make movies that showed America, our troops, and their mission in a positive light. But that would go against the liberal agenda. What’s even worse is that one of the scripts they had was evocative of the patriotic G.I. Joe, but they chose to go with a script that was less militaristic, described as “X-Men meets Mission: Impossible”.

Of all things to turn into a liberal fantasy, why did they have to choose G.I. Joe? From what it sounds like, they are taking everything that was great about it, and the Real American Hero line, and ruining it. I mean, this is worse than making G.I. Joe an “eco-warrior” in the early 90s. It is a sad indication of where our country could be headed when making a patriotic movie featuring a Real American Hero is considered a tough sell, and shelved so easily. 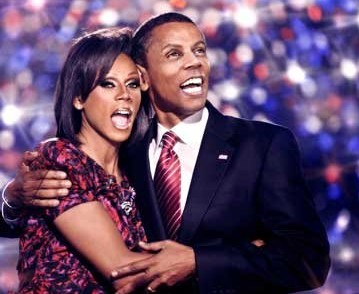