Yep, that’s true — fewer people today are being laid off from their jobs when compared to the same period 10 years ago. That’s despite the fact the employed workforce today is much greater than it was back then — to the tune of over 16 million additional net jobs at present.

Obviously if Lou Dobbs found out about all that he’d start acting out like an escaped inmate from a lunatic asylum. Yeah, even moreso than usual.

Shareholders of Tribune Co. — which publishes the Los Angeles Times and the Chicago Tribune among others — gave formal approval to that deal under which the company will be taken private and thereby owned by billionaire real estate mogul Sam Zell.

Yeah, that’s true, folks, in reality those young liberal activists who keep marching off from journalism schools to join big-city newspapers — to “change the world” — are nothing more than fungible revenue units working in a decaying industry in which they’re bought and sold — like cattle.

Another week of volatility on Wall Street. Zzzz.

With any luck the major market averages will roll over and fall down with such alacrity and zeal that Maria Bartiromo’s and Ron Insana’s heads literally will explode on live TV. That would be an obvious indicator stocks finally, mercifully, will have become cheap enough to purchase — en masse.

Speaking of equities and buying low and selling high, reports are circulating that Warren Buffett might be in the process of putting serious money to work in the mortgage lending sector. That makes sense. Buffett buys undervalued assets from fickle and feckless panic sellers. The man is one of the greatest investors of all time. You don’t get to that level by following the crowd.

There was no chance in hell the airheaded liberal financial media would have featured this news, but early this week the U.S. Court of Appeals for the Federal Circuit handed down one of the most important patent law rulings in decades.

The court made it much easier for companies to avoid being found liable for willful patent infringement. Which in turn will make it much harder for plaintiffs in those cases to recover treble damages. Which in turn will make patent infringement lawsuits much less valuable. Which in turn is a boon to scores of companies in the technology, biotech, pharmaceutical, medical device, and information sectors. The Federal Circuit’s landmark decision follows on the heels of two pro-competition rulings in the patent law arena from our pro-business U.S. Supreme Court.

For those who are interested the case is In Re: Seagate Technologies; the full opinion is available on the Federal Circuit’s Website.

The 4-2 ruling stamps out efforts to resurrect the failed case against the largest U.S. cigarette maker, a unit of Altria Group.

Slightly off topic, but Altria has to be one of the greatest value investing stories of all time. Back in late-1999 — when the Lithium brigades on CNBC were cheerleading overblown tech stocks — the mighty Altria, then known as Phillip Morris, was trading at a single-digit P/E ratio. The company’s non-cigarette holdings were worth more than its stock price. Hell, the dividend yield alone was worth the price of admission. Sure enough, since late-1999 Altria’s shares have risen from well under $30 to yesterday’s close of $68 and change — all the while its dividend payouts have increased too.

P.S. — For those of you wondering how the Illinois Supreme Court became so conservative and pro-business, well, keep in mind that before “single-issue” voting became en vogue, and before other sorts of non-voting conservatives packed it in completely, Illinois was a bastion of Republican political strength, not weakness. GOP presidential candidates won the state in six consecutive elections, from 1968 through 1988. More germane to this issue, and not even taking into account George Ryan’s scandal-plagued administration, Republican governors served as CEOs of that state for more than 20 consecutive years, from 1977 through 1999. Governors appoint state supreme court justices. Connect the dots….

British Airways and Korean Air Co. got smacked around in court this week like illegitimate redheaded stepchildren. The companies both were fined $300 million for admitted price fixing on international flights.

How dumb of them, eh? It’s not as if basic antitrust laws are closely-guarded state secrets.

BNC Mortgage shut down this week. Never heard of them? Well, don’t feel remiss. Unless you work in the mortgage industry, or you happened to have borrowed money from them, or you happen to be a business news/investment junkie, there’d be no reason for you to know BNC from the BBC.

BNC was Lehman’s subprime mortgage unit. Lehman was one of the companies that was waaaaay too aggressive during the real estate boom. They used massive leverage to try to squeeze maximum profits from subprime loans, where the collateral they were putting up and part of their income stream were tied to 100% financing given to people who, no offense, shouldn’t have been allowed to get a car loan much less a home loan. Once the mortgage markets stopped guzzling the Kool-Aid and re-discovered the concept of risk Lehman came under heavy pressure. That pressure was magnified by the company itself attracting the interest of leveraged short-sellers. So, Lehman decided to exit the subprime business entirely. They treated their toothache by ripping out the tooth.

Ultimately the subprime mortgage industry will correct itself from being a diffuse marketplace with far too many feckless players into more of a true oligopoly. From this point forward the subprime industry also will factor — duh — risk into all its decisions. It’ll be a long, long time before any lender gives 100% financing to people with lousy credit histories and minimal incomes. In the greater scheme of things that’s good news, not bad news.

Good Riddance
Wizbang Podcast is up 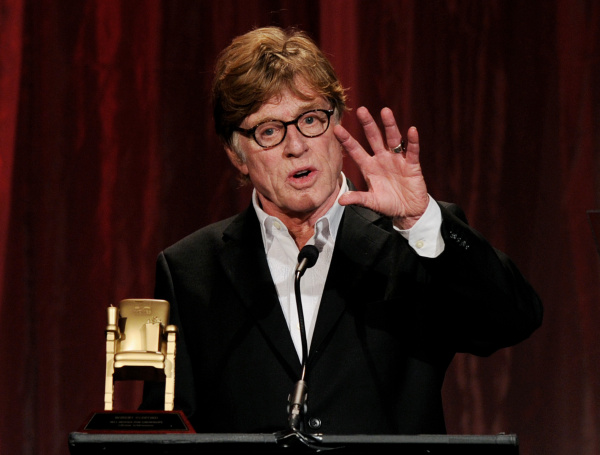