I stopped dead in my tracks when I saw her face.

Her blank expression. Those vacant eyes.

No, not Hillary Clinton.

She was checking IDs in front of the approach to the metal detectors and X-ray machines.

I swallowed hard. I wondered aloud: Was the federal government now hiring femme-bots to screen passengers?

Over and beyond was a line of people. Waiting to get through the security devices. That was the second line I’d have to navigate. For I already had waited in line — a line which had raised my blood pressure and constricted my sphincter.

I observed the initial line upon entry into the terminal. At Sacramento International Airport when you enter Terminal A you instantly take into your sights the second-floor concourse. To determine whether and to what extent there is a line. That is to say: Whether there’s a line to get up to the checkpoint. After which you again must wait in line. After which you retrieve your carry-on items and march towards your gate. To wait in line. To board your plane. Through the connector. Where you wait in line. To cross the threshold. To obtain your seat. During which time you’re waiting. In line. For people to put away their f’n worthless belongings and to sit down, please, why don’t you, before I f’n scream?!?!

The first line itself was an ordeal. I knew it in advance. Upon entering the terminal I saw the line. Like a condemned man seeing the gallows from the window of his cell.

It was like being stranded at a Democrat convention.

This was on a Friday. I was flying to Las Vegas. To see my woman. I was happy about that. I needed to be. I needed something to give me hope. For I’d have to wait in line. Multiple lines. With werewolves. And space aliens. Democrats too. I know, that’s redundant. For the privilege of waiting in line. To deal with government drones.

Speaking of which I had to ask aloud: From where does TSA obtain its drones? The circus? The insane asylums? Democrat caucus meetings???

I had to wait in line. Thrice more before arriving at McCarron.

There also would be lines after I landed in Sin City.

Thinking of those lines of space alien Democrats caused white foam to formulate at the corners of my mouth. For a split second I thought I was Lawrence O’Donnell.

When the female TSA screener looked into my eyes I realized she wasn’t a femme-bot. My mistake. She must have been a mannequin. Controlled by remote.

I handed her my boarding pass and my photo ID. This wasn’t at all like elections in Democrat precincts; to proceed all of us had to show photo IDs.

The femme-bot, no, the mannequin, looked at me, then my ID, then my boarding pass. Then a second time. A third time. What on earth could be the difficulty? My name is not common. I’m not John Smith. I also have a beard. So too does the man bearing my name and my likeness on my photo ID. Even a cursory glance would have proved I was the person to whom that boarding pass had been issued. But it took several hours, okay, several moments, before that simple, incontovertible fact registered with the femme-bot, er, the TSA mannequin.

At the head of the next line, to get through the metal detectors, was a woman in a wheelchair. She was about 50 years old. Her face was directly out of a Norman Rockwell painting.

They were making her go through the security checkpoint.

For what conceivable purpose, I wondered.

What are the odds that al-Qaeda has infiltrated suburban tupperware clubs to recruit jihadi suicide bombers from the ranks of disabled, Caucasian housewives?

I wondered aloud if they would screen my mother. Sure, of course, she’s in her 70s, she can hardly walk, but, hey, this is TSA about which we’re speaking — they’d probably want to profile the woman. They won’t go ahead and profile 20 year-old Arabs, but, hey, hold it right there, ma’am, is that a bomb you’re trying to smuggle onto this plane? No, you moron, that’s my artificial knee.

I got through the metal detector. Then I heard seven words that chilled me to the bone. No, not “you have to pay for Edwards’ haircuts.” That would’ve been far beyond the pale. I’d never be able to afford that. I’d have to declare bankruptcy on the spot.

The chilling words were:

“We need a bag check over here.”

Apparently the bomb in my small suitcase, which actually was a small tube of toothpaste, had caught the eye of the TSA drone manning the X-ray machine.

At last, finally, mercifully, I was through and headed towards my gate.

Out of habit I looked at the computer screen showing arrivals and departures.

My flight was delayed.

The synapses in my brain started misfiring.

My plane hadn’t been delayed when I arrived at the airport. But now it was behind schedule. What could have happened? Did the incoming pilots go into hover mode 100 miles downrange so they could share a few cocktails with low-orbiting NASA astronauts?

Three more lines beckoned — A, B and C. To board the plane. I glanced at the TV monitor near the gate. CNN was on the tube. Anderson Cooper.

I doused myself with gasoline and lit a match.

I was waiting in line.

Finally I arrived at my seat. I had not crossed the proverbial finish line, however. The man who sat down next to me weighed about 300 pounds and smelled like a used laundry hamper.

I tried to make myself spontaneously combust. I didn’t want to continue — I’d given up. I wanted to end it all right there, on that plane, next to the used laundry hamper. I strained and struggled. I tried mentally to project that little girl from the movie version of “Firestarter.”

It didn’t work. No flames erupted from my ear sockets. The plane took off. I endured that smell. It would have knocked out a pathologist.

Finally I arrived in Las Vegas.

More lines. I nearly became as depressed as a trust-funded liberal college student.

There was a line to be navigated before I could alight the tram to get to the ground level of the terminal. There was another line to cross the street to get to the parking garage. Space aliens all around me. Democrats too. That’s redundant, I know, but there were so many of them. I felt surrounded. Like I was in a real-life version of “They Live.”

In Las Vegas that day it was 105 degrees in the shade.

I was freezing cold.

This Week's Business News
Is Thompson going the way of the other Thompson? 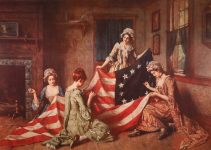