The New Republic posted a statement from Scott Thomas Beauchamp identifying him as the Baghdad Diarist whose stories have recently sparked controversy and raised numerous questions. Michelle Malkin has reaction from all over the blogosphere as well as word that a military investigation has been opened to examine the claims of Beauchamp.

TNR employed as its Baghdad correspondent a guy who was there specifically to mock the war effort while he hopefully advanced his own career as a writer by doing so. Beauchamp’s champions (not that I’m aware of any) have the potential defense that he was a young man who didn’t know any better. TNR’s editors do not. They gravitated to Scott Thomas Beauchamp because he would have the “moral authority” necessary to slander the troops with impunity, a moral authority that Franklin Foer and company of course lack.

One other note: Scott Thomas Beauchamp’s life will be a smoldering ruin when this affair has run its course. His partners in crime at The New Republic will still have jobs and careers. Will they see Scott Beauchamp in their nightmares? And will they see the 160,000 honorable and noble troops that together they conspired to malign?

Ace has the story of Beauchamp’s personal connection at The New Republic and about the staffer who was fired.

Update II: In one reference in an earlier version of this post I referred to “The New Republic” as “The National Review,” which is only off by about 180 degrees. It has now been corrected. My sincere apologies to National Review.

If the stories are true, we regret that Beauchamp has been forced to take “time out of his already insane schedule” of ridiculing IED victims, desecrating children’s corpses, and killing stray dogs to “play some role in an ideological battle that I never wanted to join.” But, as Dean Barnett points out this seems more than a little disingenuous considering that his blog reveals that he joined this war “just to write a book” and that he “misses political arguments. There seems to be a consensus with all the boys overseas…we laugh harder at CSPAN than comedy central. Silly republicans.” 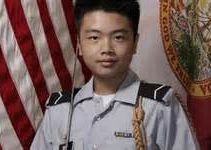