Investors Business Daily has an editorial today in which it writes the a San Diego public school has set aside 15 minutes each day to allow Muslim students to pray. Non-Muslim students are left to sit and do nothing while teaching time is suspended. The ACLU’s reaction? Yawn:

Political Correctness: Seems the ACLU couldn’t care less that a San Diego public school has set aside 15 minutes of classroom instruction time for Muslim students to pray, while non-Muslims twiddle their thumbs.

Right now it has no plans to legally challenge the budding madrassa as endorsement of a religion by government. Apparently the establishment clause only applies to the practice of Judeo-Christian rituals in public places.

The special accommodations for Carver Elementary’s nearly 100 Somali Muslims don’t stop with organized prayer. The school cafeteria has banned pork and other foods that conflict with the Islamic diet.

And the K-8 school has even added Arabic — the language of the Quran — to its curriculum, while segregating classes for girls, a la the Taliban.

In effect, Carver administrators have carved out a school within a school expressly for Muslims, elevating them above Christian and Jewish students. They’ve had 15 minutes of instruction time taken away from them, so Muslims can roll out their pray mats.

It amounts to a special privilege afforded a specific religion, which plainly does not have our best interests at heart. That same privilege is not extended to other faiths that are part of our traditional culture — and do not wish us ill or pray for the demise of our system of government.

Tough, say Muslim-rights groups. The Council on American-Islamic Relations, which is defending the Carver program, insists public schools must cater to the growing number of Muslim students. “Our country is transforming demographically, religiously,” said the spokesman for CAIR’s San Diego chapter. “Our country has to now accommodate things that are not traditionally accounted for before.”

But when does accommodation become promotion? In California’s brave new schools, Johnny has been forced to recite the Quran along with Ahmed.

Seventh-graders at a San Francisco-area school were required, even after 9/11, to “become Muslims” for two full weeks as part of California’s world history curriculum. This included reciting the Muslim profession of faith — “Allah is the only true God and Muhammad is his messenger” — and chanting “Praise be to Allah” in response to teacher prompts.

If these schools are putting all this effort to push Islam on captive public school students in order to “teach” about this “lesser known” religion, why hasn’t it done the same to teach about other lesser known religions like Hinduism, Buddhism, Shinto, Sikhism, or even Wicca for that matter? Why not Scientology? The US government recognizes it as a religion. I’d say the reason schools don’t teach these other religions with the same enthusiasm as they do Islam is pretty clear: their members don’t blow up other people.

Those Amazing Asians
"Wait And See" 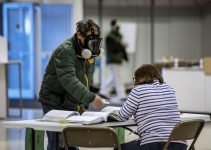