A federal judge has ruled that a majority black county in eastern Mississippi violated whites’ voting rights in what prosecutors said was the first lawsuit to use the Voting Rights Act on behalf of whites.

The Justice Department accused Brown of trying to limit whites’ participation in local elections in violation of the Voting Rights Act of 1965, written to protect racial minorities when Southern states strictly enforced segregation.

“Every American has the right to vote free from racial discrimination,” said Wan J. Kim, assistant attorney general for the Department of Justice’s Civil Rights Division.

Noxubee County is a rural area along the Alabama line with a population of about 12,500, 70 percent of whom are black.

The Justice Department alleged in the 2006 lawsuit that Noxubee County blacks tried to shut whites out of the voting process.

Brown had claimed the Justice Department was misconstruing as racial intimidation his attempts to keep Republicans from voting in Democratic primaries.

Lee, who presided over the case without a jury, gave attorneys on both sides until July 29 to file briefs suggesting how to end the discrimination.

The case was a civil matter carrying no criminal penalties, but defendants who violate Lee’s final order could face contempt charges and fines, prosecutors said.

More from the Clarion Ledger:

Lee said the court is hesitant to find that Brown or any member of the Democratic Executive Committee has a specific racial animus against white people.

“Brown, in fact, claims a number of whites as friends,” Lee wrote. “However, there is no doubt from the evidence presented at trial that Brown, in particular, is firmly of the view that blacks, being the majority race in Noxubee County, should hold all elected offices, to the exclusion of whites; and this view is apparently shared by his allies and associates on the NDEC, who, along with Brown, effectively control the election process in Noxubee County.” 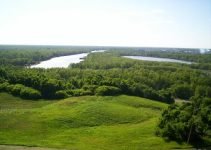