I got a kick out of this USA Today article:

As the Supreme Court nears the end of its annual term, a trend has emerged in favor of business interests and at a cost, in some cases, to employees and consumers.

Slightly off topic, but did Ross Perot realize back in 1992 the SCOTUS has vast powers in the arenas of business laws & regulations? In other words did he realize that by helping to elect Clinton he’d be defeating his own causes???

Lawyers on both sides . . . say the reconstituted court has been better for business than the court under the late Chief Justice William Rehnquist.

‘This has been our best Supreme Court term in 30 years,’ says Robin Conrad, executive vice president of [business advocacy group] the National Chamber Litigation Center. Of the 13 cases decided in which the center took a position on the merits, she said it won 11 and lost two.

Hell, if Justice Kennedy had not momentarily went brain dead it would have been 13/13 in favor of businesses. Oh, well, maybe next year.

Ohio Governor Speaks at CAIR Event
She's Not a Toker, Not a Joker 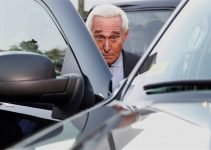