A former editor of an Israeli radio station admits that he intentionally slanted the news to promote an anti-war agenda.

A former Israel Broadcasting Authority news editor admits: “We slanted the news towards a withdrawal from Lebanon – because we had sons there.”

Speaking at the Haifa Radio Conference on Monday, several former and current news broadcasters on Voice of Israel and Army Radio discussed the tremendous influence they nearly all agreed they had on Israel’s national agenda.

Dr. Chanan Naveh, who edited the Israel Broadcasting Authority radio’s news desk in late 1990’s and early 2000’s, was particularly bombastic about his pervasive reach: “The morning audience, stuck in traffic jams or at work, is simply captive – they’re ours.” He also mentioned, with no regrets, two examples in which he and his colleagues made a concerted effort to change public opinion:

“Three broadcasters – Carmela Menashe, Shelly Yechimovich [now a Labor party Knesset Member – ed.], and I – pushed in every way possible the withdrawal from Lebanon towards 2000. In our newsroom, three of the editors had sons in Lebanon, and we took it upon ourselves as a mission – possibly not stated – to get the IDF out of Lebanon… I have no doubt that we promoted an agenda of withdrawal that was a matter of public dispute.”

At this point, Army Radio broadcaster Golan Yochpaz interrupted, “In my opinion, that is just super-problematic – super-problematic.” Naveh did not miss a beat and said, “Correct, I’m admitting it, I’m not apologizing, I’m just saying this is what happened. It came from our guts because of the boys in Lebanon, this is what we did and I’m not sorry… I am very proud that we had a part in getting of our sons out of Lebanon.”

This story unfortunately illustrates that any event can be spun to meet an editor’s own purposes. In this case, editors wanted their sons out of the war in Lebanon. When the media, American or foreign, use mass communication for the purpose of influencing the public on a particular issue, they have made themselves useless. The reporting of news simply becomes a vehicle to meet a political or personal agenda and the information provided can’t be trusted.

Matthew Sheffield at NewsBusters comments on this as well:

Publicly, American media elites often deny that they attempt to influence the national agenda. They’re professionals, so the story goes, and completely capable of not letting their personal viewpoints intrude accidentally into their stories. It’s laughable given the mountain of evidence to the contrary and the fact that journalists support affirmative action on the grounds that white reporters can’t cover minority issues as fairly.

Every so often, however, you hear journalists privately say the complete opposite–that not only do they have the ability to influence news, they also choose to influence it. Such statements are usually more common among the non-American press where the sham of “objectivity” is not perpetrated on the public.

Update: It seems the New York Times is guilty of trying to influence public opinion on the war on terror by dismissing the JFK bomb plot. The New York Post takes the Times to task:

That’s what The New York Times seems to be asking, even as most news outlets are giving front-page coverage to the recently foiled scheme to blow up JFK Airport’s fuel pipeline.

The paper’s goal seems to be getting America to lower its guard – which can only lead to disaster.

The suspects were “Short on Cash / And a Long Way From Realizing Goals,” one Times headline insisted yesterday. Regarding two of the men arrested, a second headline asserted that “Neither Seemed an Extremist.”

Indeed, on Sunday the paper barely covered the arrests of three suspects behind the plot: Its main story appeared 37 pages back. A second piece undermined the significance of that story: “Plot Was Unlikely To Work, Experts Say, Citing Safeguards and Pipeline Structure.”

How many others have done and do this, in connection with all sorts of conflicts, and never admit it? But Chanan Naveh has no idea how he has aided the global jihad, and probably never will.

The Traveling Wilburys CDs to be Reissued
The Libby Sentence 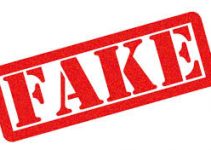