This week’s Weekend Caption Contest™ had fewer entries than normal, but there were some real winners among them. The assignment this week was to caption the following picture: 1) (John in CA) – “Remember, children, keep voting for Democrats, and we’ll keep reading to you. If you vote for Republicans, they’ll make you learn to read it yourself.“

The Wizbang Weekend Caption Contest™ will return on Friday morning.

More on torture
Who Won The New Hampshire Democratic Debate? 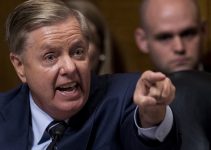