In fact, every bit of economic news (good or bad) is usually pinned on the president by the mindless media. Except good new on George W. Bush. If 3 people get foreclosed on that’s Bush’s fault. But then we get stories like this:

The blue-chip indicator has now risen in 21 of the last 24 sessions for a gain of 7.4 percent. That’s the best streak since the summer of 1955. Back then, the Dow climbed about 10 percent, rising in 22 of 25 sessions.

Nope. No mention that the economy is in better shape than it’s been in years. (ie not based on a web bubble) No mention of the Bush tax cuts… This great economic news just sorta happened out the blue…

If you’re waiting for Bush to get credit for the economy from the media, just waits till we get bad news.

Well, at least they're recycling...
The End of Milblogs As We Know Them? 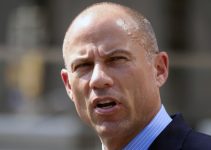