This week’s Weekend Caption Contest™ was another smash hit, with 135 top quality entries. Judging was tough, but I was never able to get the thought of Sheryl Crow’s ‘woman business’ out of my mind, making the pick for the overall winner a cinch… The assignment this week was to caption the following picture: 1) (Arcticman Speaks!) – “The smell of Sheryl Crow’s ‘woman business’ hung heavily in the air that morning.“

2) (fustian) – “Is that a steaming pile of democrat foreign policy I see on the carpet?“

3) (Baron Von Ottomatic) – “Note to self, when the proprietor of an Amsterdam brothel asks if you want to have some fun with a little filly ask for additional clarification.“

4) (Rodney Dill) – “Unfortunately for the Lone Ranger, Silver had never been trained in the Heimlich Maneuver.“

The Best Musically Inspired Caption Award is a tie:

(Abigail) – “I get knocked down, but I get up again; you’re never gonna keep me down!”

The Wizbang Weekend Caption Contest™ will return Friday. In the meantime try your hand at Wizbang Blue’s caption contest where you can vote on the entries.

That which we call a rose...
Afghan infant deaths fall by 40,000 a year since ousting of Taleban 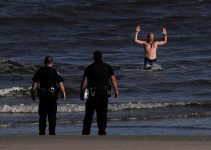