Home
Society
Zero clues on how to stop bullies

Today’s Boston Globe has a fairly thoughtful editorial (for the Globe) on the problem our society has with bullies. Touching on the Virginia Tech massacre and other incidents, it decries the problem we have as a society with bullying, and discusses ways to properly deal with it.

But this is the Globe, remember. That means that they have to include a certain amount of cluelessness, of cognitive dissonance, of refusing to acknowledge the role some of their own deeply-cherished principles play in exacerbating the problem.

In this case, one of the biggest enablers of bullying is one of the left’s grand ideas on improving education: “zero tolerance” for fighting.

It’s a typical liberal plan: a grand notion, all ideals and filled with warm fuzzies, but utterly doomed on implementation. But that’s OK, because it was done with the best of intentions, and that makes it all better.

Most schools have established what they call a “zero tolerance” policy for fights. That means that when students are caught fighting, all the kids involved are punished equally. It’s the equivalent of “no-fault divorce;” there isn’t even a cursory investigation as to what started it, the aggressor is never identified, the defender never exonerated. The message intended to be sent is that fighting is never an acceptable solution.

That’s not the message that’s received, however. The affect is to empower the aggressors and threaten the victims. All the bully has to do is threaten the other student. At that point, the victim has two choices: comply with the bully and submit to the threat, or fight back — and risk the official sanction for breaking the “no fighting” rule.

The Globe wants us to send mixed signals to kids: stand up for yourself, confront the thugs, don’t give in to bullying — but under no circumstances actually defend yourself, or you’ll get suspended or expelled.

I don’t have any children, but even to this layman this seems like the worst possible approach. 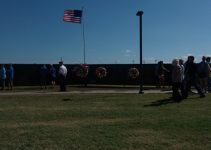