**Update: It’s official, she’s outta there. She and ABC could not agree on her new contract, so she is leaving mid-June. That’s almost two months of blog material yet to come and now that she knows she is leaving, I can’t even imagine what she might say. Update 11:05: Rosie says she will still be at The View to guest host, but just won’t be there every day. Barbara Walters says she is sad and makes clear she did not participate in the negotiations. Rosie says she was not pushed out. No news on a replacement — heck they still haven’t replaced Star Jones. Remember my suggestions — Star Parker and Mary Katharine Ham. ABC isn’t that smart though.**

TMZ is reporting strong buzz that Rosie will be announcing that she will leave The View.

There is a strong buzz in Hollywood that Rosie O’Donnell will announce Wednesday (April 25th) that she is leaving “The View.”

If it happens, it’s likely Rosie will stick it out through the end of the season.

TMZ has spoken with multiple industry people who say the word is spreading and the info emanated from inside the show itself. More at Wizbang Pop.

If this is true, I am surprised, but not shocked.

Update: Although I have written a lot on Rosie O’Donnell’s rants on The View, I have only touched on a small fraction of the crazy things she has said and didn’t even bother to write about her latest embarrassing performance at the Matrix luncheon for women in communications.

If this is true, as I said, it is not a shock. In a column I wrote at Townhall, Rosie O’Donnell is Bad News, I listed a few of the outrageous things she has said. I am not for censorship, but I am for responsibility, and in that column and in some of the Wizbang posts listed below I said that Barbara Walters and ABC have to take responsibility for allowing Rosie to spread inaccurate information and wild conspiracy theories. She is free to say whatever she wants, but with that freedom comes responsibility. If the story of her leaving is true, it will be interesting to hear whether ABC and/or Walters wanted her to leave or if she felt too constrained and did not want to be in an atmosphere where she felt she was not free to speak her mind.

I think Rosie’s demeanor has changed some since the 9/11 conspiracy stuff, and even more so since the Imus firing. Since then she has talked in what appeared to me to be a slower, more deliberate tone, as if she thought the things she was saying might not seem as unhinged if she did not raise her voice or wave her hands around. It sounded to me as if she was measuring each word before saying it. That is just my observation, though. I have watched more frequently lately, but still only catch the first 20 minutes or so of the show a couple of times a week.

I know one place Rosie would fit in perfectly — on Keith Olbermann’s Countdown show on MSNBC. She would probably give his ratings a huge boost.

Update II: Allah points out what I said to a few people in emails when I heard the news of Rosie possibly leaving the View about all the blog material that will be lost. Rush Limbaugh must have felt kinda like this when Bill Clinton left office. Glad he was leaving, but a bit sorry to see all that talk radio fodder gone. Of course Bill Clinton has yet to leave the stage and I expect the same might be true of Rosie O’Donnell.

Update III: If this report is true, it is somewhat disturbing. Did ABC really want Rosie to be the future of The View? If ABC would put a smart, articulate conservative woman on the show like Mary Katharine Ham or Star Parker, I think they would see ratings soar, especially if they let them mix it up with Joy Behar and another liberal. I know Elisabeth is somewhat conservative, but rarely had a good command of the issues or the facts. She didn’t sign on to a political show, and did the best she could. She often did a great job holding her own against a loud, rude, interrupting Rosie, but she is just not a political animal. Why don’t the networks recognize the successful Fox News formula is based on offering different points of view, including conservatives? CBS missed an opportunity when they chose Katie Couric and I fear ABC will probably miss another one when they replace Rosie. Heck, they have not even replaced Star Jones yet. It might be a while before we know who Rosie’s replacement will be. 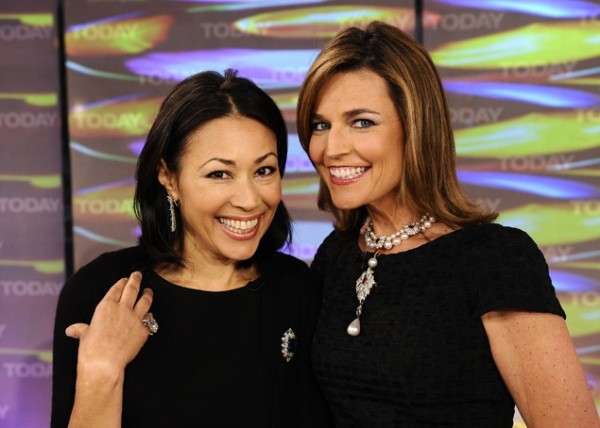