We learned today that the shooter (I won’t mention his name) had very evil intentions to use this shooting to ga some sick, twisted form of infamy. This guy sent a “manifesto” to NBC News, which included videos, pictures, writings. From MSNBC:

Sometime after he killed two people in a dormitory but before he slaughtered 30 more in a classroom building Monday morning, Cho Seung-Hui sent NBC News a rambling communication and videos about his grievances, the network said Wednesday.

Network officials turned the material over to the FBI and said they would not immediately disclose its contents pending the agency’s review beyond characterizing the material as “disturbing.” It included a written communication, photographs and video.

So he didn’t “snap” at all; this massacre was planned the whole time. I wonder, did he want to survive this so he could become a Tim McVeigh like figure? This guy was more evil than any of us thought.

Update: Glenn Reynolds has a piece in the New York Daily News that outlines quite well how the right to carry a weapon on college campuses makes students and faculty safer:

In The Roanoke Times last year – after another campus incident, when a dangerous escaped inmate was roaming the campus – [Virginia Tech graduate student Bradford Wiles] Wiles wrote that, when his class was evacuated, “Of all of the emotions and thoughts that were running through my head that morning, the most overwhelming one was of helplessness. That feeling of helplessness has been difficult to reconcile because I knew I would have been safer with a proper means to defend myself.”

Wiles reported that when he told a professor how he felt, the professor responded that she would have felt safer if he had had a gun, too.

What’s more, she would have been safer. That’s how I feel about my student (one of a few I know who have gun carry permits), as well. She’s a responsible adult; I trust her not to use her gun improperly, and if something bad happened, I’d want her to be armed because I trust her to respond appropriately, making the rest of us safer.

Virginia Tech doesn’t have that kind of trust in its students (or its faculty, for that matter). Neither does the University of Tennessee. Both think that by making their campuses “gun-free,” they’ll make people safer, when in fact they’re only disarming the people who follow rules, law-abiding people who are no danger at all.

This merely ensures that the murderers have a free hand. If there were more responsible, armed people on campuses, mass murder would be harder.

Read the rest of Glenn’s piece.

Update II: A few more details of what was in the package he sent to NBC:

It contained digital photos of the gunman holding weapons and a manifesto that “rants against rich people and warns that he wants to get even,” according to a New York law enforcement official familiar with the case, who spoke on the condition of anonymity because he was not authorized to speak publicly about it.

Update III: Virginia Tech administration let this guy back on campus after he had been placed in a mental institution?

A Virginia court found that Virginia Tech killer Seung-Hui Cho was “mentally ill” and potentially dangerous. Then the state let him go.

In 2005, after a district court in Montgomery County, Va., ruled that Cho was either a danger to himself or to others — the necessary criteria for a detention order — he was evaluated by a state doctor and ordered to undergo outpatient care.

According to the “Temporary Detention Order” obtained by ABC News, psychologist Roy Crouse found Cho’s “affect is flat and mood is depressed.

“He denies suicidal ideation. He does not acknowledge symptoms of a thought disorder,” Dr. Crouse wrote. “His insight and judgment are normal.”

The evaluation came from a psychiatric hospital near Virginia Tech, where Cho was taken by police in December 2005, after two female schoolmates said they received threatening messages from him, and police and school officials became concerned that he might be suicidal.

On the form, a box is checked, showing that the person “presents an imminent danger to himself as a result of mental illness.”

Immediately below it was another box that is not checked: “Presents an imminent danger to others as a result of mental illness.”

And the school let him back on campus? And why didn’t the school send this information to the state police? If they had, wouldn’t it have shown up in the background check that the gun shop did when the killer bought his guns?

The atheist writer Richard Dawkins has observed that according to the findings of modern science, the universe has all the properties of a system that is utterly devoid of meaning. The main characteristic of the universe is pitiless indifference. Dawkins further argues that we human beings are simply agglomerations of molecules, assembled into functional units over millennia of natural selection, and as for the soul–well, that’s an illusion!

To no one’s surprise, Dawkins has not been invited to speak to the grieving Virginia Tech community. What this tells me is that if it’s difficult to know where God is when bad things happen, it is even more difficult for atheism to deal with the problem of evil. The reason is that in a purely materialist universe, immaterial things like good and evil and souls simply do not exist. For scientific atheists like Dawkins, Cho’s shooting of all those people can be understood in this way–molecules acting upon molecules.

Dow sets new closing record at 12,803.8
But does he know what the queers are doing to the soil?
Tags:Virginia Tech Shooting 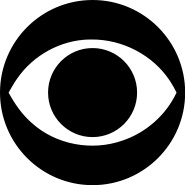