He is Cho Seung-Hui, a 23-year-old resident alien of the United States, as first reported by ABC News.

Cho is a South Korean national, a Virginia Tech senior majoring in English and the man who killed 33 people — inlcuding [sic] himself — on the Virginia Tech campus Monday.

Sources tell ABC News that Cho killed two people in a dorm room, returned to his own dorm room where he re-armed and left a “disturbing note” before entering a classroom building on the other side of campus to continue his rampage.

Cho’s identity has been confirmed with a positive fingerprint match on the guns used in the rampage and with immigration materials.

“Lab results confirm that one of the two weapons seized in Norris Hall was used in both shootings,” Virigina Tech Police Chief Wendell Flinchum said at a press conference Tuesday morning.

At this time, police are not looking for a second shooter, however, they did not rule out the possibility that an accomplice may have been involved. Sources say Cho was carrying a backpack that contained receipts for a March purchase of a Glock 9 mm pistol. Witnesses had told authorities that the shooter was carrying a backpack. Police also said this morning that Cho had a .22 caliber pistol. Sections of chain similar to those used to lock the main doors at Norris Hall, the site of the second shooting that left 31 dead, were also found inside a Virginia Tech dormitory, sources confirmed to ABC News.

A .22? Guess Brian Ross really looks like an idiot now.

The Most Prophetic Blog Post in History
Requiem for a monster 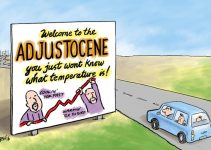