State Senator Dan Kotowski pushed for stricter gun control laws a mere two hours after the mass murder at Virginia Tech, acknowledging that he didn’t even have all the details at the time:

Mannard, a gun control advocate, admits he doesn’t have all the facts surrounding the Virginia Tech shootings. But, he says all he needs to know is that handguns were used in the murders of 33 people.

“Guns, in general, are part of the reason why we have some many people dying in these types of situations,” he said.

Monday. less than two hours after the gunfire had ended, Chicago Mayor Richard Daley used the incident to press his call for stricter gun laws.

“I don’t care what people think about it. There are too many guns in our society” the mayor said.

Other advocates point to how easy it was for shooting suspect Cho Seung Hui to buy handguns, including a 16-shot semi-automatic pistol, at rural Virginia gun stores during the past month.

State Senator Dan Kotowski has introduced a bill in Springfield to limit gun industry sales of not only assault weapons, but also large capacity magazines in Illinois.

“There is no accountability for the gun industry or the lobby that supports them, the NRA,” said Sen. Dan Kotowski of Mt. Prospect.

When will there be outrage toward the lunatic who viciously and callously murdered innocent people on Monday? Putting the blame on guns rather than on the perpetrators encourages the dangerous mentality that lunatics like Seung-Hui Cho carry around with them, which is that the problems in their lives are always someone else’s fault. To these ticking timebombs, they truly believe that they don’t have any personal responsibility for their actions. They have convinced themselves that other people have driven or forced them to kill people. What gun control supporters refuse to acknowledge is that Kotowski’s bill will just reinforce this sickness because it puts all the blame on guns and not on the perpetrator where it belongs. At the same time, it strips law abiding citizens the ability to protect themselves from these sick people. 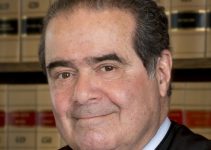