It’s been an interesting few days, as readers come to grips with my outline of how Presidents may be compared to one another on something like even ground. A lot of off-topic sniping and character bashing has been going on, which I removed to clarify the discussion. I have to say again, that while expression of opinion is fine, for this topic the gutter stuff is not going to be allowed.

Which brings me to the really hard part of today’s post, a condition which I suspect will sharply limit the number and depth of valid responses. It comes down to my contention that every single President, regardless of what else we can say about them, had certain qualities which helped them ascend to the office. They were also all human, meaning that they all had blind spots, weak areas, and personal foibles to some degree. Once again, this is not an attempt to say that all Presidents are the same, or that one given President may not soundly thump an opponent in a match-up; it is simply an observation that people tend to paint leaders in solid colors, bright or foul. Such glorification or demonization detracts from the worth of examining the Presidents, and diminishes these men to caricatures.

So, for this part, the instruction is this: Consider the five areas of Presidential Responsibility which I described yesterday.

With those in mind now, for each President (or as many as you care to note) list the category where he was strongest and the one where he was weakest. It is possible that the “strongest” category could still be one where you are not impressed with the man, and in the “weakest” category you may happen to believe that this President was strong, simply not as amazing here as in the other areas. But this exercise, in addition to helping folks discover some of the more intricate details in evaluating Presidents, may also serve to help folks see the men in more than one dimension. As an example, one of the more commonly mocked Presidents, if he is remembered at all, is Millard Fillmore. Fillmore became President upon the death of Zachary Taylor in 1850, and he is often pilloried as a man who did not stand up against Slavery. However, on closer examination Fillmore, who opposed slavery but suffered from a lack of influence with Congress, understood better than most people the peril of his position. Even in 1850, the South was discussing the possibility of secession, or what amounted to the same thing, the refusal to follow Federal law. This was the reason for the drafting of the Compromise of 1850, which was tied to the crucial decision to admit California as a state to the Union. Fillmore understood that as things existed in 1850, the United States could not withstand a Civil War, and the Union could not hope to compel the South to remain in or rejoin the Union. He needed time, and a build-up of the Union Army. Few Whigs understood Fillmore’s wisdom, and the decision helped break the party. But Daniel Webster, writing of Fillmore’s resolve, wrote “I can now sleep of nights”. Understanding this facet of a man unfairly considered ignoble, is a key step in comprehending the work done by all the Presidents. 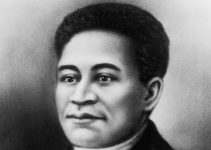