Because Fox News Channel’s news coverage is balanced unlike CNN, NBC, ABC, CBS, the AP, Reuters, the New York Times, and many other liberal news outlets, the the Nevada State Democratic Party is refusing to participate in a debate in Nevada that is co-hosted by Fox News:

The Nevada State Democratic Party is pulling out of a controversial presidential debate scheduled for Aug. 14 in Reno and co-hosted by Fox News, according to Democratic insiders.

The debate was being hosted by Fox News Channel and Fox News Radio, the Nevada State Democratic Party and the Western Majority Project.

A Fox spokeswoman didn’t immediately return a call for comment.

Former North Carolina Sen. John Edwards said Wednesday he would not participate in the debate, citing Fox’s conservative ties as a factor. His deputy campaign manager, Jonathan Prince, sent an e-mail to the liberal website DailyKos, which was posted on the site.

Democrats like John Edwards are terrified of the nutroots so they clamor to gain their approval. And boycotting a Fox debate because Fox it’s balanced in its coverage of the news makes them look like complete nut balls. But I hope they continue because it will only undermine them in the end.

“Recently pressure groups are forcing candidates to conclude that the best strategy for journalists is divide and conquer, to only appear on those networks and venues that give them favorable coverage,” Ailes said in remarks to the group, which honored him with its annual First Amendment Leadership Award.

Ailes noted that the phenomenon isn’t new, “but (it) has been tried again this year with the added wrinkle that candidates are being urged to boycott debates because certain pressure groups want to approve the sponsoring organizations.”

Edwards’ campaign acknowledged that part of the reason for his decision was Fox News’ involvement with the televised debate, set for August in Nevada. The hard-lefty group MoveOn.org has been leaning on Dems to not participate in the debate, alleging that Fox News is “a right-wing mouthpiece.”

“The public knows if a journalist’s question is unfair,” Ailes continued. “If you are afraid of journalists, how will you face the real dangers in the world?”

That is a legitimate question.

Update II: It’s official. The Tom Collins, head of the Nevada State Democratic Party, and Harry Reid have canceled the debate. And they have the gonads to blame Roger Ailes. Here’s their letter to the executive producer of Fox News’ political programming:

A month ago, the Nevada Democratic Party entered into a good faith agreement with Fox News to co-sponsor a presidential debate in August.

This was done because the Nevada Democratic Party is reaching out to new voters and we strongly believe that a Democrat will not win Nevada unless we find new ways to talk to new people.

To say the least, this was not a popular decision. But it is one that the Democratic Party stood by. However, comments made last night by Fox News President Roger Ailes in reference to one of our presidential candidates went too far. We cannot, as good Democrats, put our party in a position to defend such comments.

In light of his comments, we have concluded that it is not possible to hold a presidential debate that will focus on our candidates and are therefore canceling our August debate. We take no pleasure in this, but it is the only course of action.

MoveOn.org is thrilled, and are publicly giving the Democratic candidates their marching orders:

“We hope this sets a precedent for all Democrats, that Fox should be treated as a right-wing misinformation network, not legitimized as a neutral source of news,” Eli Pariser, executive director of MoveOn.org Civic Action, said in a statement.

Will Democratic presidential candidates salute their leaders and obey? I suspect they will, proving that MoveOn.org really does own the Democratic party.

Lorie adds: Democrats risk alienating millions of Americans, and just looking silly, when they try to cast Fox News as too extreme to even host a debate. It is the top rated and fastest growing cable news channel and Brit Hume is a very well respected journalist. They also risk looking like a bunch of fraidy cats. Conservatives endure questions from liberal journalists all the time. It makes it look like Dems can dish it out, but they can’t take it.

"...as if millions of English teachers suddenly cried out in terror and were suddenly silenced."
Can't they at least pretend to change their spots? 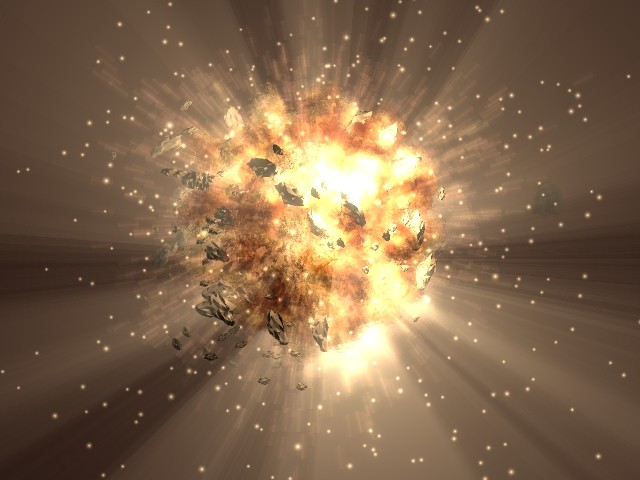