Home
Politics
"I didn't say it was your fault, I said I was going to blame you."*

Recently, I’ve come to an insight on one of the reasons I dislike the Left. It’s one of those things that, in hindsight, is flagrantly obvious, but I don’t recall anyone ever pointing it out.

When something bad happens, or something goes wrong, it is human instinct to try to affix blame. To find out just what happened, and do what they can to make sure it doesn’t happen again. It’s not always the most productive reaction, but it is natural.

The left, though, takes it a bit further. When there are two sides involved, they almost always assign blame to the side that is trying to do the right thing, and utterly exonerates those who actually commit the wrongdoing.

We see that in Iraq. Every day we hear about more bombings, more murders, more attacks, and every single time, the reaction from the left is the same: it’s the United States’ fault. Never mind that we aren’t the ones setting the bombs, we’re the ones trying to capture or kill those setting the bombs. The notion that the people who do the killing might bare even the slightest trace of responsibility for their deeds never comes up. It’s as if they don’t count as human beings, with free will; they might as well be dumb animals or forces of nature — the only side that can be shouldered with any responsibility for the carnage is the side that is trying to stop it.

That observation was crystallized for me this morning, when I read this editorial in today’s Boston Globe. Recently, officials raided a company and rounded up a whole host of suspected illegal aliens. The owners of the company were released, but the workers are, for the most part, still being detained.

This might seem unfair, but that’s how the system works. The owners’s citizenship is unquestioned, and authorities are fairly comfortable that they will show up for their date in court. The workers, however, are far more likely to quietly disappear, then turn up somewhere else under new identities. It happens every day.

Well, that bothers the Globe. It seems that a lot of those workers have children, and now the state is scrambling to find caretakers for them.

To the Globe, this is a failing of the government. They should have anticipated the complications of the children, and made the arrangements in advance — or simply not acted at all.

Here’s where I commit heresy: I say that the responsibility for the children’s situation is not the government’s, but the parents themselves.

The government did not bring the parents into this country illegally. It did not compel them to violate numerous laws and take jobs. And it certainly did not encourage them to bring their children with them into this country (or have them once they arrived), in full knowledge that their ability to care for those children hung on the slenderest thread — the thread that the parents would not get caught.

I’d like to see every illegal alien who brings children with them charged with child endangerment whenever they get caught, for placing their kids in that kind of peril, as well as the standard charges they already face. To violate the nation’s laws is, in and of itself, abhorrent. But to make one’s children accomplices to the deeds, and inflict upon them the consequences of that violation, is truly abhorrent.

But it’s just so much easier to just blame the ones fighting for law and order. After all, if we simply let them do what they wish — blow each other up, flow freely across the borders, and the like — then eventually everything would be just nice and happy and peaceful.

I wonder what color the sky is in Boston Globe Land. I’m thinking reddish–pink.

*(Title shamelessly stolen from a stick-it notepad I saw recently)

Some Thoughts On the Democrats' Plan for Retreat
If the children are the future, then we're in big, big trouble 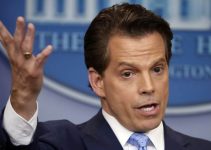