Home
People In The News
Ann Coulter Doesn't Speak For Me

Ann Coulter has a brilliant mind. In her books and columns she makes excellent observations, often using humor to bring a point home. The fact that she is brilliant and has been such a forceful voice for conservatism in the past makes it all the more tragic, in the true sense of the word, when she makes stupid and outrageous statements like she did at CPAC this weekend.

In her speech to what was reportedly an enthusiastic crowd, Coulter made the following statement.

“I’d say something about John Edwards, but if you say ‘faggot’ you have to go to rehab.”

That is a stupid, not even funny, excuse for a joke and it isn’t the first time Coulter has made an outrageous and inappropriate comment. Last year at CPAC it was a comment about “ragheads” from Coulter that made news. From her last book, it was a comment about the 9/11 widows enjoying their husbands’ deaths that got lots of attention from the mainstream media.

My friend Bruce at Gay Patriot makes the following observation.

But let me offer this observation: I have no doubt that Ann’s remarks will make all of the national news networks and will be endlessly repeated. Fine. They should be assailed.

But why the complete silence by the same networks on the Leftist Bloggers cheering the attempted assassination of the Vice President of the United States?

I know, I know….consistency and ethics are too much to ask for from our news media these days. Meanwhile, Ann Coulter can go away.Bruce is completely correct about the double standard, and that makes it all the more infuriating when Coulter makes outrageous and inappropriate statements. She certainly has the right to say what she did. Those of us on the right who disagree with her comments have not only the right, but the responsibility to speak out as well.

For all the good Ann Coulter has done in the past, I fear her recent comments have already negated much of it, and risk doing damage to the conservative movement that will take years to undo. Ann Coulter is one of the most recognizable faces of the conservative movement and when she says something that plays into the stereotype of conservatives as nasty bigots and homophobes, she gives invaluable ammunition to those on the left.

I have cheered Ann Coulter in the past when I have agreed with her. I have also spoken out when I have disagreed with her. Any conservative who does not agree with her recent comments should speak out now, as loudly and forcefully as possible. Ann Coulter knows the power of words and she knows how closely all of her words are scrutinized. Those of us who have any kind of forum to speak on behalf of the conservative movement need to realize that our agreement, disagreement or silence will be scrutinized as well.

One of the biggest differences I notice between those on the left and right is how they treat those in their ranks when they step out of line. I was critical of John Edwards’ campaign recently for hiring bloggers Amanda Marcotte and Melissa McEwan. Most of the reaction from the left blogosphere to the Edwards’ blogger story was to defend Marcotte and McEwan, rather than to understand a need to distance themselves from the anti-religious rhetoric many associate with those on the left.

As hard as conservatives and Republicans have worked to convince the public that the negative stereotypes they have been fed by the media are wrong, it is devastating to have someone in the conservative movement as well known as Ann Coulter throw out a one liner that reinforces those stereotypes.

The “faggot” comment from Ann Coulter is sure to get lots of play in the left blogosphere and in the mainstream media. I wish she had never said it. She is smart and knows better. She did say it though, so now conservatives have a decision to make. We can ignore it and pretend it never happened and let ourselves be associated with the comment and with those Coulter has made in the past. Or we can seize the opportunity to vigorously denounce it. We can make it known loud and clear, in no uncertain terms, that we do not agree with such language or sentiments.

So, as loudly and clearly as I can say it — Ann Coulter does not speak for me.

Update: John Edwards could have taken the high road, or simply played the victim card as so many Democrats do, but instead he used the Coulter comment to raise campaign cash. He would have a hard enough time getting terribly indignant after refusing to fire two bloggers with extensive histories of making anti-religious statements. By using the incident to raise money, he could have actually succeeded in turning it into a negative for his campaign.

Update II: Jay Tea has written a post (somewhat) in defense of Ann Coulter. I just read Jay’s piece and agree with most of what he says. If you have not already read his piece, please do. I completely understand the role of bombthrowers in politics — who will say things no one else will say and stir the pot and challenge people’s comfort zone. I just don’t think those people need to be the most recognized faces of conservatism and constantly paraded on television as speaking for conservatives. When it comes to making “edgy” comments, there are some issues (race and homosexuality for example) about which conservatives don’t need bombthrowers pitching out quotes that will reinforce negative stereotypes. Those negative comments will be identified with conservatives for who knows how long regardless of how hard we try to put forward a positive image.

Ann Coulter has done much good for the conservative movement, but conservatives have also done a lot for her personally. I believe that with the high profile she has achieved, comes a responsibility, when speaking at a conservative event, to do better than a throw away line about “faggots” that we will all be stuck with for years to come.

Dean Barnett
Hot Air – with video
Captain’s Quarters
Outside the Beltway
Ace of Spades
Jennifer Rubin
Bob Owens
Sister Toldjah rounds up examples of nutroots double standards.
Sean Hackbarth
Emperor Misha disagrees with me and other conservatives denouncing Coulter’s comment, then makes the following comment and links to my favorite John Edwards video: “There was absolutely NO reason to insult homosexuals like that, Ann. I know and have known quite a few gays in my life, and I have yet to meet one as effeminate as My Little Pony Edwards. Heck, I’ve yet to meet any women as effeminate as The Breck Girl.”
John Hawkins says Coulter’s comment was selfish and that she should apologize.
Kirsten Powers makes the Marcotte/McEwan comparison also.
Rick Moran has written, and suggests others write, to television networks asking they no longer book Coulter.
Bull Dog Pundit says politicians were right to distance themselves from her and that anyone defending her comments is foolish.
Laura Lee Donoho 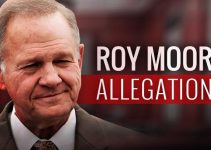