The other day, a New Hampshire paper reprinted this article from the San Francisco Chronicle discussing Senator Obama, and his “color” problem. I started reading it, but then tossed it aside (figuratively) as silly race politics. Is he “black” enough? Is he “too white?”

I have a color problem with Senator Obama, myself, but it’s not black or white. It’s green.

Barack Obama is the quintessential tabula rasa, a blank slate that people can project whatever they like on to. I’ve looked at him a little, and so far the one position of his I feel I have a firm grasp on is that he’s against the war. Apart from that, not much.

He’s well-spoken, charismatic, and dynamic. All potentially good things. But to think back to my favorite period of history to study, so were Franklin Delano Roosevelt, Winston Churchill, Adolf Hitler, and Josef Stalin.

The difference is that those men — like it or not — had clear agendas and policies and goals. Obama has been tremendously vague on those sorts of things.

Churchill and Roosevelt also had lengthy resumes of accomplishments before they were elected. The voters could get a fairly good idea what sorts of things they would try to do once they obtained office.

Right now, Senator Obama is one of the frontrunners for the Democratic nomination for president. And while I think that the Democrats could do worse (hell, they have in recent elections), I don’t think that 2008 is the right time for him.

I’d like to see Senator Obama spend a bit more time in lesser offices before he runs for the big enchilada. He might do well with a Cabinet seat, a high-profile ambassadorship (I think he’d do OK at the UN, for example), or even some time out of government to broaden his experiences. Hell, even the vice-presidency might suit him.

In his career, he’s been a civil rights lawyer in private practice, a law school professor, and a state senator before winning his current seat in the United States Senate in 2004. His experiences have been very heavily focused on government, with virtually no encounters with the private sector. (Civil rights lawyers, as I understand it, tend to spend a lot of time dealing with the government.)

On January 20, 2009, when the 44th President of the United States will be sworn in, Obama will be 47 years old. Presuming that it’s Obama, and he serves two terms, he will be 55 when he leaves office — a year younger than Bill Clinton, and look at the trouble he’s having finding something to do with himself.

The presidency is supposed to be the climax of one’s political career. There really isn’t anywhere to go after that. But presidents are living longer and longer, and Obama (presuming he manages to quit smoking) can look forward to a good 30 years of life after leaving office. What the hell will he do with that time?

Sometimes, the American people will turn to a candidate to “cleanse their palate” after the last president leaves such a bad taste in their mouth. We saw that in 1976, when Jimmy Carter ran on the wildly popular “I’m nothing like Richard Nixon” platform. We saw that again in 1980, when Ronald Reagan led the “dear God, can’t we get rid of Jimmy Carter fast enough?” charge. And in 2000, George W. Bush seemed a safe choice to those fed up with Bill Clinton (who, it must be noted, was still wildly popular among a lot of other people.)

But what Americans may want in the short term might not be so good in the long term. Not for us, and not for the candidate we turn to.

Obama could be a great president. Or he could be a disaster the likes of which we haven’t seen since Jimmy Carter. We just don’t have enough to go on at this point. 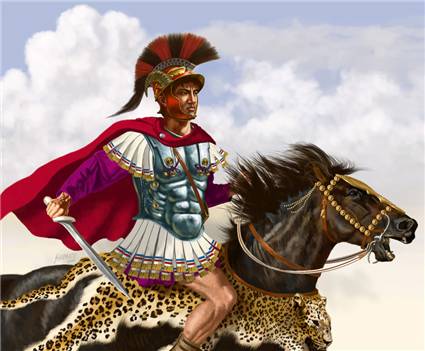