This just in: raising the minimum wage COSTS JOBS!!!!!

Gee, who coulda seen THAT one coming?

Back when the Democratic plan to raise the minimum wage was being debated, I had a question: of all the people who get hired at minimum wage, how many of them are still making that a year later? (This was inspired by those advocates who extrapolated the minimum wage into an annual income.) I couldn’t find an answer, and no one else offered one. The thinking behind it is that nearly every job I’ve ever heard of has a “probationary” period — usually 90 days — where the employee is given a chance to get comfortable with the job. At the end of that period, they are either given a raise, given another chance, or “encouraged” to seek another job.

Others raised more points. Supporters asked how the dickens could anyone support a family on that hypothetical annual income. The response was simple: just how many people TRIED to support a family based solely on that income? Again, the silence was deafening.

I recall when the show “30 Days” demonstrated what it was like to live a month making minimum wage. After it was aired, a few rather “inconvenient truths” emerged — such as how the actors had had to “bargain down” their employers to minimum wage, and how many existing social services helped them get along all right.

Another argument I heard tossed around (also unsubstantiated, unfortunately) was that there were a LOT of people who make good money were pushing hard for the raise. It seems that quite a few union contracts peg wages to a multiple of the minimum wage, meaning that a hike in the minimum wage rate would mean an appropriately-multiplied raise for them as well.

Here’s an ugly fact: most minimum wage jobs are filled by people who can’t justify making more. They have crappy work records, or none at all. They lack the skills that employers seek. They are little more than “warm bodies” that fill slots that need filling.

But that’s fine. Because entry-level employees are a constantly renewing resource.

There are always more and more people entering the workforce, and it is in those crappy, menial jobs that they get the chance to prove that they are worth more than minimum wage. They learn how to do their job better, and their employer gives them a raise. Or they take what they have learned and find another employer, this time with a proven record for reliability.

I’ve had my share of crappy jobs. There are certain businesses I simply won’t frequent, simply as a disgruntled former employee. And I have sympathy for those who have no choice but to take minimum-wage jobs.

But for the vast majority of them, there is very little that KEEPS them down in those jobs.

Until then, might I suggest that American teenagers being laid off because of the increased minimum wage apply for jobs in American Samoa? Last I heard, the minimum wage was kept untouched there. It might be a heck of a commute, but hey, it’s a job… 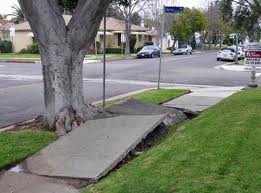