It was obivous from watching the show that the Idol producers had sent a mentally challenged person to the judges for the sole purpose of ridiculing and humiliating him on national television. – And on cue, the Judges mocked him just to give themselves a few jollies – and of course get the whole thing on tape.

Now, with a bit of googling, many people have found the contestant’s online biography which lists his hobbies, including participating in the Special Olympics.

Apparently, thinking the readers of the New York Timer where also mentally challenged, the show’s spokesman, Ken Warwick, gave a statement to the NYT saying the show, “prides itself on not discriminating against anyone during the audition process.”

That of course is complete bovine excrement. By definition, judging is discrimination. It’s the whole basis of the show.

But let’s look at the chain of events here…

One of the show’s producers found an obviously mentally challenged person in the crowd who genuinely thought he could sing. That person (who I won’t embarrass further by naming again) gets sent to the next round. – Where he gets promoted again. And so on…

With every hurdle crossed, this mentally challenged person becomes more and more convinced he has a chance. They pump up his ego. — Until he goes before the judges who openly mock him and call him names.

Now let me remind you this is not a live show. The judges’ comments could have hit the cutting room floor.

Instead, the producers, drooling with anticipation, take the tape into post-production where they carefully edit it and write Seacrest’s script to maximize the humiliation of a mentally challenged contestant. How charming.

This wasn’t a mistake, it was premeditated. And it was repulsive. 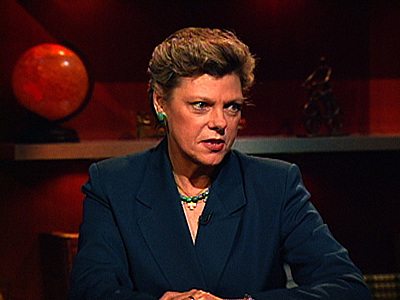