House Republicans yesterday declared “something fishy” about the major tuna company in House Speaker Nancy Pelosi’s San Francisco district being exempted from the minimum-wage increase that Democrats approved this week.

“I am shocked,” said Rep. Eric Cantor, Virginia Republican and his party’s chief deputy whip, noting that Mrs. Pelosi campaigned heavily on promises of honest government. “Now we find out that she is exempting hometown companies from minimum wage. This is exactly the hypocrisy and double talk that we have come to expect from the Democrats.”

One of the biggest opponents of the federal minimum wage in Samoa is StarKist Tuna, which owns one of the two packing plants that together employ more than 5,000 Samoans, or nearly 75 percent of the island’s work force. StarKist’s parent company, Del Monte Corp., has headquarters in San Francisco, which is represented by Mrs. Pelosi. The other plant belongs to California-based Chicken of the Sea.
…
Some Republicans who voted in favor of the minimum-wage bill were particularly irritated to learn yesterday — after their vote — that the legislation did not include American Samoa.

“I was troubled to learn of this exemption,” said Rep. Mark Steven Kirk, Illinois Republican. “My intention was to raise the minimum wage for everyone. We shouldn’t permit any special favors or exemptions that are not widely discussed in Congress. This is the problem with rushing legislation through without full debate.”

Suppose they gave a peace and nobody came?
Only Two More Days To Wait For Your Jack Bauer Fix 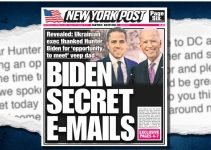