I usually write about topics like this one at my personal site, but I decided to address it here at Wizbang as well.

If you’re interested in homeschooling your kids but you’re still on the fence, this article from Lawrence Downes just may convince you to keep your kids home.

It’s hard to write this without sounding like a prig. But it’s just as hard to erase the images that planted the idea for this essay, so here goes. The scene is a middle school auditorium, where girls in teams of three or four are bopping to pop songs at a student talent show. Not bopping, actually, but doing elaborately choreographed re-creations of music videos, in tiny skirts or tight shorts, with bare bellies, rouged cheeks and glittery eyes.

They writhe and strut, shake their bottoms, splay their legs, thrust their chests out and in and out again. Some straddle empty chairs, like lap dancers without laps. They don’t smile much. Their faces are locked from grim exertion, from all that leaping up and lying down without poles to hold onto. “Don’t stop don’t stop,” sings Janet Jackson, all whispery. “Jerk it like you’re making it choke. …Ohh. I’m so stimulated. Feel so X-rated.” The girls spend a lot of time lying on the floor. They are in the sixth, seventh and eighth grades.

As each routine ends, parents and siblings cheer, whistle and applaud. I just sit there, not fully comprehending. It’s my first suburban Long Island middle school talent show. I’m with my daughter, who is 10 and hadn’t warned me. I’m not sure what I had expected, but it wasn’t this. It was something different. Something younger. Something that didn’t make the girls look so … one-dimensional.

It would be easy to chalk it up to adolescent rebellion, an ancient and necessary phenomenon, except these girls were barely adolescents and they had nothing to rebel against. This was an official function at a public school, a milieu that in another time or universe might have seen children singing folk ballads, say, or reciting the Gettysburg Address.

It is news to no one, not even me, that eroticism in popular culture is a 24-hour, all-you-can-eat buffet, and that many children in their early teens are filling up. The latest debate centers on whether simulated intercourse is an appropriate dance style for the high school gym.

Frightening, isn’t it? It’s also unbelievably ironic that the sexual revolution has actually fostered an attitude that is the complete opposite of what was intended. Rather than little girls learning that they are equal in value to little boys, they are learning at the very impressionable age of 10-12 years old, that they have no intrinsic value except for being entertainment for little boys.

Mr. Downes expresses it best in this paragraph:

Suburban parents dote on and hover over their children, micromanaging their appointments and shielding them in helmets, kneepads and thick layers of S.U.V. steel. But they allow the culture of boy-toy sexuality to bore unchecked into their little ones’ ears and eyeballs, displacing their nimble and growing brains and impoverishing the sense of wider possibilities in life.

Added: A commenter asked why I didn’t blame the parents and why I mentioned homeschooling. The parents must accept a lot of blame for this trend because they buy the Bratz dolls and the like. I also mentioned homeschooling because these kinds of trends run rampant in the public schools, and if you read the entire article, you’ll see that the schools are becoming powerless to stop them. I also blame the sexual revolution because, according to the feminists of the 60’s and 70’s, sex was socially acceptable as a past time for men but not for women, so they pushed free sex for women arguing that it made women “equal” to men. Well, it doesn’t. It makes them a tool of men.

Is Jamil Hussein Busy Celebrating Christmas?
Questions Will Remain Until the AP Adequately Addresses This 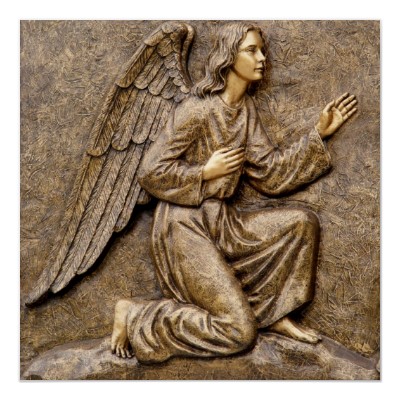