Normally, I’m not a fan of empty, symbolic gestures that end up achieving nothing. But every now and then, one comes along that just hammers its point home in such a way that I have to applaud it.

In Massachusetts, Governor Mitt Romney has been a staunch opponent of giving everything under the sun to illegal aliens. He’s fought allowing them driving licenses, access to publicly subsidized housing, in-state tuition breaks, and a host of other “compassionate” gestures the 88%-Democratic state legislature has tried to pass — and has even managed to keep them from overriding his vetos by sheer public pressure. (And despite out-and-out smear jobs by the New York Times-owned Boston Globe.)

Well, one of Romney’s ideas for some time now has been to get the Massachusetts State Police the authority to arrest and detain illegal aliens on their own, instead of simply calling up Immigration and Customs Enforcement and being told to just cite ’em and let ’em go. He hammered out a deal with the feds to get the troopers five weeks specialized training, and they are scheduled to undergo it some time next year. Once that’s done, they will be ready to go.

There’s only one catch to the whole plan, though: Romney will be the former governor as of the first week of January, and the governor-elect, Deval Patrick (the state’s first Democratic governor since Mike Dukakis left office in 1990), has said he doesn’t like the plan. In fact, ending the agreement Romney just signed will be one of his first priorities.

It’s an open secret that Romney is eying the presidency in 2008. This move of his is aimed not only at establishing his credentials among the right, but presenting Patrick with a fait accompli he’ll have to take a firm stand on an issue to undo — something he was very loath to do during the campaign. He won the governorship on a rigorous platform of vague platitudes and feel-good slogans. Now, thanks to Romney, he’ll have to actually take a stand and act on something.

So, in the end, it’s most likely that Massachusetts troopers will not join their colleagues from Alabama, Florida, North Carolina, and California in helping to stem the tide of illegal immigrants in the United States. They will end up being used as a political football between an outgoing Republican governor and an incoming Democratic one.

But from what I’ve heard in this case and what I know in general, they don’t mind it too much. Being forbidden to enforce certain laws rankles most good cops, and I think they appreciate Romney’s efforts — and the chance to see just where Patrick stands on such an important issue as illegal aliens. 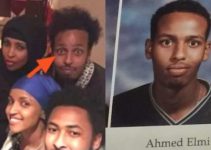