One of the greatest minds this world has ever known has died. Milton Friedman was a brilliant economist who argued passionately for free markets.

The Wall Street Journal (subscription required) has a piece called “Milton Friedman: In his Own Words.” Here’s a portion:

[A free economy] gives people what they want instead of what a particular group thinks they ought to want. Underlying most arguments against the free market is a lack of belief in freedom itself.

The existence of a free market does not of course eliminate the need for government. On the contrary, government is essential both as a forum for determining the “rules of the game” and as an umpire to interpret and enforce the rules decided on. What the market does is to reduce greatly the range of issues that must be decided through political means, and thereby to minimize the extent to which government need participate directly in the game. The characteristic feature of action through political channels is that it tends to require or enforce substantial conformity. The great advantage of the market, on the other hand, is that it permits wide diversity. It is, in political terms, a system of proportional representation. Each man can vote, as it were, for the color of tie he wants and get it; he does not have to see what color-the majority wants and then, if he is in the minority, submit.

It is this feature of the market that we refer to when we say that the market provides economic freedom. But this characteristic also has implications that go far beyond the narrowly economic. Political freedom means the absence of coercion of a man by his fellow men. The fundamental threat to freedom is power to coerce, be it in the hands of a monarch, a dictator, an oligarchy, or a momentary majority. The preservation of freedom requires the elimination of such concentration of power to the fullest possible extent and the dispersal and distribution of whatever power cannot be eliminated — a system of checks and balances. By removing the organization of economic activity from the control of political authority, the market eliminates this source of coercive power. It enables economic strength to be a check to political power rather than a reinforcement.

The far leftists in this country are against free markets because they are convinced that the American people must be told what they need because they’re not smart enough to figure that out on their own.

Here’s video of Mr. Friedman making the case for limited government. I’d say our Republican party needs to watch this for a refresher:

Update: John Hawkins interviewed Mr. Friedman back in 2003, and links to it again in memory of Mr. Friedman’s death. It’s a must read. 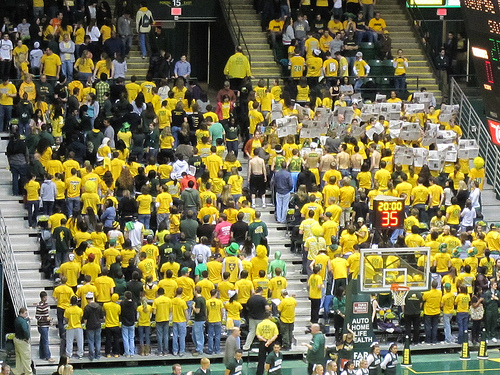