This weeks Weekend Caption Contest™ was another smash hit, unlike the latest from our the subjects of the contest. The assignment this week was to caption the following picture: 1) (FormerHostage) – “The Dixie Chicks discuss their new “Would You Like Fries With That” tour where they’ll be opening for Sinead O’Connor with George Michaels.“

2) (FreakyBoy) – “So now listen to this, then the G-damn doc tells me it’s some f-ed up thing called Tourette’s Disorder. Which sh*t, I reckon from the name, it’s a di-sease young women can catch if their band tours France or Europe or even here on the continent of Canadia. Ain’t that a motherf-er?“

3) (SurfinKC) – “Today on the Jerry Springer show, will talk with three women who are all married to the same bad idea.“

The Most Believable Caption Award goes to:

(Baron Von Ottomatic) – “Don’t let my bandmates’ body language fool you, they simply adore it when I shoot off my big, fat yap.” 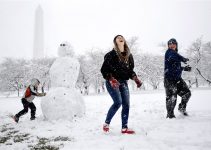