Dean Barnett blogging at Hugh Hewitt.com says this is serious business we are in and we all must do our part to win hearts and minds.

The most important thing any conservative writer can do today is convince people who think that we’re perfectly safe that we’re not. Personally, I desperately want to reach those who think once Bush leaves office, the republic will be safe. I badly want to communicate with the vast majority of Americans who are benignly indifferent to politics and convince them of the peril we face. I doubt there’s a way of knowing how successful I am at these things – I’m pretty sure progress in such matters is measured in inches, not miles. Anyway, I’m trying.

At the risk of sounding self-important, this is serious stuff. America can’t win this war as a divided nation. We also can’t win if the majority of the country decides to sit out the debate and believes the comforting notions that the media sells so tenaciously. There’s a real question of whether or not we’ll be able to summon the national will necessary to deal with Iran and our other portfolio of existential challenges before we cross a point of no return. Many Americans have become convinced that there is not a dime’s worth of difference between Democrats and Republicans. Those paying attention on both the left and right side of the aisle know better. The outcomes of the 2006 and 2008 elections definitely matter. 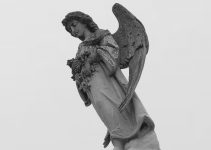