Several years ago in Massachusetts, the people decided they wanted to implement a state-wide standard achievement testing program for junior high and high schools students. MCAS (Massachusetts Comprehensive Assessment System) has been around for a couple of years now, and seems to be working out all right.

There are occasional glitches, however. Some of its opponents say that education is an analog process, and the tests are digital; it’s hard to quantify “learning” and “achievement” in a simple numerical formula. The process of turning a child into a well-educated and well-rounded adult cannot be simply reduced to numbers and measured on an arbitrary scale. They say such tests can give false impressions and force teachers to “teach to the test” instead of working on the bigger picture.

I have a hard time arguing with them, and they very well may be right.

But I also don’t care.

There is an old saying: “he who takes the King’s coin plays the King’s tune.” All public teachers are hired by and paid by the people, through their elected representatives and duly delegated officers. The people said a few years ago that they are greatly dissatisfied with the results they are getting for their money, and wanted to see some proof that they were getting their money’s worth. And considering that the stakes in this matter are their children and their children’s future, their concerns are certainly understandable.

The MCAS, like all standard tests, is designed not to measure overall achievement and education and growth, but progress and achievement in certain areas and knowledge of certain facts. It measures these because these are the factors that lend themselves to ready measurement. And it focuses on the matters that the commissioners of the test deem most important.

I was reminded of this when I read this story in this morning’s Boston Globe. It seems that five times as many teachers have been accused this year of helping students cheat on the MCAS than were last year. (If anyone goes to the link and sees what the actual numbers are, consider this a practical application in statistics and the manipulation thereof.)

The violations alleged range from minor to outrageous. Some teachers who make what can be argued are technical violations of testing protocols are removed from administering the tests until they complete re-training. And those found of gross improprieties can be fired and stripped of their teaching credentials.

I, personally, can’t wait for that one to be handed out.

For all the praise and admiration given to teachers (a great deal of it deserved), it boils down to a simple fact: it is a job. When one works for another, one follows the rules laid down by one’s employer or one finds someplace else to work. If you don’t think the rules are fair, you are free to argue them. You can even argue them with your boss’s boss — in this case, the voters. If you think they are illegal, you can try to get the government to back you up.

But no one — not even a teacher — can just blithely ignore them, violate them, and write their own rules with impunity.

What We Owe The Ramseys
The "I" Word 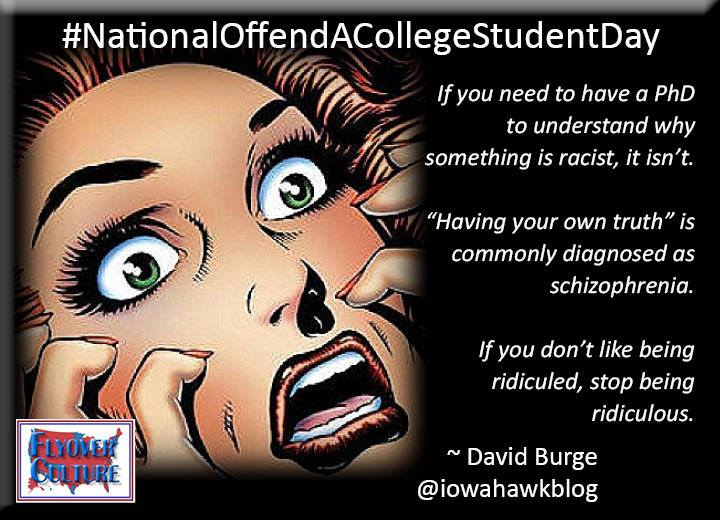