I’ve been a bit busy the last 24 hours, and my work here at Wizbang has suffered. I wanted to apologize, offer an explanation, and ask a favor of you kind folks.

Last month, I took a little vacation and visited my best friend and his family in Maryland. He and I will have known each other 20 years in a month or two, and in many ways we’re closer than brothers. It was great seeing him and his family, and I had resigned myself to going back to communicating online and by phone (thank heavens for free nights and weekends) for a while again.

Well, yesterday morning, I picked him up at the airport, and I wish I could say I was glad he was here.

You see, his father’s been living on borrowed time for decades. He’s had health complications that have confounded doctors who gave him less than ten years to live since the 70s or so. They’ve issued dire prognosis after dire prognosis, and each time he’s pleasantly surprised them by blithely going on.

But all streaks must come to an end.

My friend’s father is in a hospice now, all medication and treatments except painkillers withdrawn. And my friend is here to bid farewell.

My friend worked until after midnight Thursday, then caught a 7:00 a.m. flight up from Baltimore. I picked him up at the airport, we found the hospice center, and then I went in to my job at noon. This morning I’ll be back at work at 8:00 for a meeting, then I’ll be at his beck and call until I drop him off at the airport tomorrow morning — I’m working at 9:00, he at 2:00.

I have a few things I want to write about here, but I trust you’ll all understand if those take a back seat over the next day or two. In the meantime, if any of you would like to include my friend (an occasional commenter, most recently as “Jay Paparazzo”) and his father (and the father’s other family members) in your thoughts and prayers, it would not be unwelcome.

UPDATE: My friend’s father passed away at 5:15 this morning.

Carnival of the Trackbacks LXXIX
One More Thing... 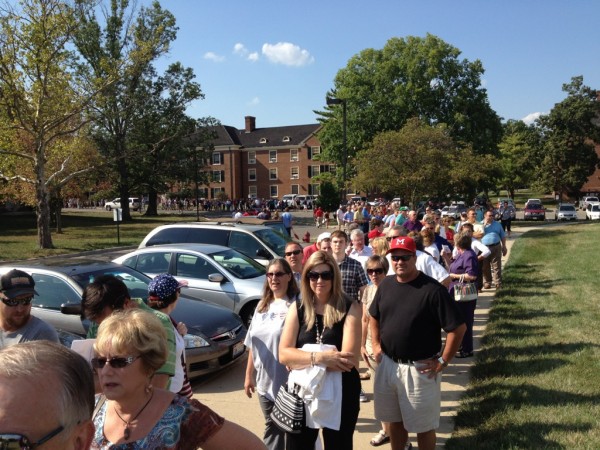