Home
The Looney Left
Why John Kerry Lost The Election

and why he won’t win if he runs again.

U.S. Sen. John Kerry, D- Mass., who was in town Sunday to help Gov. Jennifer Granholm campaign for her re-election bid, took time to take a jab at the Bush administration for its lack of leadership in the Israeli-Lebanon conflict.

“If I was president, this wouldn’t have happened,” said Kerry during a noon stop at Honest John’s bar and grill in Detroit’s Cass Corridor.

Bush has been so concentrated on the war in Iraq that other Middle East tension arose as a result, he said.

“The president has been so absent on diplomacy when it comes to issues affecting the Middle East,” Kerry said. “We’re going to have a lot of ground to make up (in 2008) because of it.”

This is the exact reason the voters of the United States did not elect him. He can’t be trusted.

But his delusions only get deeper. I remind you above he said, “The president has been so absent on diplomacy when it comes to issues affecting the Middle East…”

But here is the Kerry solution:

“This is about American security and Bush has failed. He has made it so much worse because of his lack of reality in going into Iraq….We have to destroy Hezbollah,” he said.

HUH? Bushed failed at “diplomacy” but we need to “destroy” Hezbollah?

He was for destroying Hezbollah before he was against it. 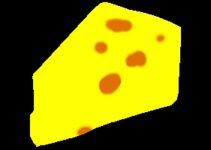