With national attention focused elsewhere, the case of the stripper who alleges she was beaten and raped by members of the Duke lacrosse team has quietly been falling apart. From a Newsweek summary of the new information filled in court briefs:

A police affidavit stated that her medical records revealed the victim had “injuries consistent with being raped and sexually assaulted vaginally and anally.” But according to a motion filed by defense attorneys last week, no such physical trauma was found during her exam at Duke hospital. Quoting from the report, which was submitted to the court under seal, the motion states that the nurse – who was in training – examined the woman’s entire pelvic region and noted only diffuse swelling of the vaginal walls, a condition explainable by consensual sexual activity.

In a motion filed Friday, defense attorneys say the accuser in the Duke Lacrosse rape investigation went through at least six sessions with police, trying to point out her attackers.

Then there’s the statements by the other dancer to police:

An escort service dancer told police early on that a fellow dancer’s allegations of rape at a Duke University lacrosse team party were a “crock.”

In two interviews with investigators, Kim Roberts told of rude behavior but no sexual assault.

And a bit of information that, in addition to the consensual sex the accuser had with her boyfriend/driver, explain the exam results:

Defense lawyers also accuse Himan of withholding information about an encounter the woman said she had before going to the lacrosse party.

The possibility that Durham District Attorney Mike Nifong can even prove a crime occurred, let alone that any of the three players charged were involved, seems to get even more remote as each week passes. 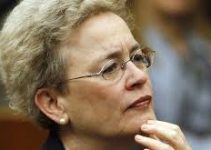