This builds on Lorie’s story from the NRO and the New York Times. It seems that ABC News wants to up the ante on divulging private information.

In what can only be considered tit for tat, ABC’s The Blotter blog posted the name and picture of the informant that helped lead to the eventual killing of al Qaeda’s number one man in Iraq, Abu Musab al-Zarqawi. From The Blotter:

Read the rest if you want to see who’s just moved onto the Top 10 al Qaeda Hit List.

I now will question everything regarding the journalistic integrity of ABC News. Not that I didn’t before, but for a blog entry posted at 11 AM, they’ve had more than sufficient time to recant the sensitive information, and post an explanation. But they haven’t, and probably won’t.

Not that it would do any good, since the news of the name and likeness of this man are all over the world right now. That this information was ever released leads me to question the policies at The Blotter, ABC News, and Alexis Debat.

And you can be damn sure, the first thing out of the anti-war pants-wetters is, “But-but, was he tortured?”

Link from Ace of Spades HQ.

UPDATE: After checking several news sources, I am unable to find any other source confirming what The Blotter suggests. All other sources with this story credit The Blotter. I’m not saying another news source doesn’t have this same information, I just can’t find it.

UPDATE: Continuing on the theme of “can we get this story straight, please?” Dan Riehl seems to be an enemy of Jordan. The links Karbouly (also spelled ‘Kerbouly’) to al Qaeda are tenuous, so why would the Jordanian officials finger him? Could there be an ax to grind?

I’ve yet to find someone other than The Blotter post corroborating this story. Still, they are all crediting this one blog post, not even part of the main news service, or totally leaving out this one piece of information. Several reports name Karbouly, but say nothing about him being the informer.

There are more questions now than when we started, which is normal when you’re fighting a terror war. 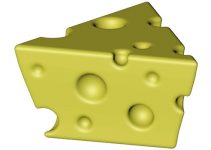