Home
Categories
Taking On The NYT — Kerry And the Swifties Edition

Thomas Lipscomb and Bruce Kesler take on the New York Times for their “reporting” on the latest John Kerry had to say about the Swift Boat Veterans’ claims made in 2004, specifically those related to the “magic hat.” Lipscomb exposes the complete lack of fact checking on the part of Times reporter, Kate Zernike. Bruce Kesler knows more about this topic than he would probably even care to know, and shares some of that knowledge in his latest post. Here is an excerpt from the Lipscomb piece:

Kate Zernike’s story on the front page of the Memorial Day Sunday New York Times, “Kerry Pressing Swift Boat Case Long After Loss,” is an unfortunate reminder of the Times’s embarrassingly poor coverage of Kerry in the face of the Swift Boat Veterans’ for Truth charges in the 2004 election. Now as then, the Times acts as if the issues involved were between Kerry’s latest representations of his record and the “unsubstantiated” charges of the Swift Boat group. The Times used the term “unsubstantiated” more than twenty times during its election coverage and continues to make no discernable effort to examine any of the charges in detail…

…Zernike appears to have made no effort to look at any record besides listing Kerry’s latest assertions with obligatory quotes from the usual Swiftie suspects to provide “balance.” She doesn’t appear to be aware of the hilarious inconsistency of the Kerry hat story she recites dutifully as if this was the very first time the hat had appeared in print. As the clips should have shown her, Kerry first pulled the famous hat out of a “secret compartment” for Washington Post reporter Laura Blumenfeld’s feature story in 2003. “My good luck hat,” Kerry told Blumenfeld, “given to me by a CIA guy.” Now he tells Zernike a “special operations team” member gave it to him on a secret “mission that records say was to insert Navy Seals” in February.

Here is an excerpt from the Kesler piece:

All these references, and the reporters’ notes, are available at the New York Times and the rest by Google search. Kate Zernike and her editors at the New York Times can only plead inability to find their own archives, and computer and journalistic incompetence, and admit their transparent bias and errors. — I won’t be staying up late waiting for their apologies.

Bruce goes on to address the Minneapolis Star Tribune’s editorial on the subject. Read both the Lipscomb and Kesler pieces. I have a feeling we will be hearing a good bit more on this subject.

Not exactly Mother of the Year material...
"Only be sure always to call it please 'research'." 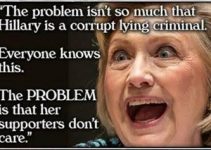