The American Thinker has piece today that discusses the hateful boycott that has been issued by the British professors’ union against Israel.

On May 29 a totalitarian faction of the Socialist Workers’ Party (UK) rammed through a boycott resolution against Israel in the British professors’ union NATFHE. It looks like George Galloway’s former Socialist Workers Party has finally drawn blood, in its long campaign to demonize Israel. You may remember Mr. Galloway as the Member of Parliament who told Syria’s dictator Assad a few months ago that “Jerusalem and Baghdad are two beautiful Arab daughters being raped by the United States and Israel.” Those are of course killing words in the Muslim world. The boycotters are unrepentant Stalinists, now deeply entrenched in academic unions. It is a national disgrace.

When Americans watch TV news scenes of terrorist carnage on children and women, they usually tend to sympathize with the victims— even if they are Jews in Israel. The UK is different. Over there, anti-Israel propaganda has been so pervasive over thirty years that millions of BBC-watchers have internalized the leftist story line. They know that the Jews are evil and the Arabs are good. How do they know? The BBC has told them so every day of their lives, and of course George Orwell’s Ministry of Truth these days is the hand-puppet of the Hard Left. Wall-to-wall propaganda does work.

Read the rest of the article.

Then take a look at the opinion piece by Colin Shindler in the Jerusalem Post, who writes that this boycott will dramatically affect the academic research that is allowed to be conducted and published in Britain:

AS AN academic teaching Israeli studies, the implication for me now is that any research that I carry out must be predicated on Israeli institutions and individuals providing the “correct” answers to me. Moreover, since my area of expertise is the Israeli Right and its origins, I believe that I would have a good case in arguing that the union would be deliberately impeding me in my legitimate work as an academic.

This new McCarthyism clearly challenges the very basis of freedom of expression and imposes limits on academic discourse. The Open University’s Dr. Jon Pike, who was responsible for overturning last year’s AUT motion, is far blunter: “Let’s be stone cold clear about this: what the proposers of this resolution want is union endorsement for actions that are, in effect, anti-Semitic… the gutlessness is extraordinary. We know that the proposers of the resolution want a full-on official boycott of all Israeli institutions, and we know that they daren’t subject their argument for this to democratic or legal scrutiny. These bold advocates of united collective action retreat to advocacy of covert individual discriminatory acts.”

I’m quite certain the British academics who voted for this boycott have President Mahmoud Ahmadinejad’s full support. 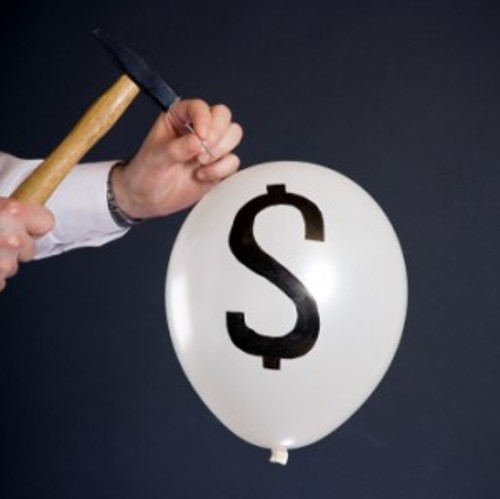