This ridiculous stuff is getting old and tiring.

State Comptroller Alan Hevesi publicly apologized Thursday for a “beyond dumb” remark about “putting a bullet between the president’s eyes.”

Hevesi hastily called a mea culpa press conference hours after putting his foot in his mouth at the Queens College commencement.

The Queens College media relations office said it had videotaped the commencement but could not immediately provide a copy of the tape or a transcript.

At the press conference, a contrite Hevesi repeated what he recalled saying in the speech. The comptroller said he was merely trying to convey that Sen. Charles Schumer has strength and courage to stand up to the president.

“I apologize to the president of the United States” as well as to Schumer, said Hevesi. “I am not a person of violence.”

“I am apologizing as abjectly as I can. There is no excuse for it. It was beyond dumb.”

Hevesi said he hadn’t been in touch with the White House but he hoped his apology reached President Bush.

Everytime I have to listen to another “Bushitler chimp” reference from the Left or a “Bush is a traitor who needs to be impeached” comment from the Right, I feel like I lose a few IQ points. Hey, give me a break, I didn’t have that many to spare in the first place. Can’t we all just debate the issues on the merits without the hyperbole, much less the threats of bodily harm? Is that really too much to ask?

I enjoy a good Al Gore photoshop contest or a Dick Cheney as Jack Bauer parody as good as the next person. That kind of stuff is good natured fun. Political humor and tough criticism are often very effective in making points. The over-the-top attacks from the loonies (on both the Left and Right) aren’t though. When the “debate” turns into name calling and threats nothing is achieved. No one is educated or persuaded by that .

This isn’t school uniforms and V chips, people. We are facing some incredibly difficult and complicated issues in the world today. The kind of issues that lend themselves quite nicely to serious debate. Serious debate on the facts. The real facts, not the conventional wisdom (lies) that the MSM feeds us like the one that nobody but George Bush ever believed Saddam Hussein possessed WMD or that we are currently living through an economic recession. Wouldn’t the world be a wonderful place if we could at least agree to debate the facts in a civil manner? What a wonderful world that would be.

Look, I know that there is a lot of serious debate going on in the blogosphere and elsewhere on the serious topics of the day. There is so much other inflammatory, or just banal, crap out there though, not only on the loony message boards and hate-spewing blogs, but also coming from the Congress and from the pages of major newspapers and through our televisions, that sometimes it is hard to get to “the good stuff.”

UPDATE: Ace has a must read piece on why so many on the left are so angry.

UPDATE II: Some have responded to this post saying that my complaint that the MSM often pass along lies as conventional wisdom is the same kind of over-the-top rhetoric that I am lamenting. It is my belief that there is so much evidence that many in the MSM continuously report falsehoods (lies) to their listeners/viewers/readers that it is hardly an over-the-top statement. Just read a few weeks worth of Newsbusters or MRC reports for examples. If you don’t have time for that, just consider Dan Rather and Mary Mapes’ “fake, but accurate” documents. If the falsehoods are passed along unknowingly, with all the resources available to journalists through the free internet alone, then they aren’t guilty of lying, but certainly are guilty of journalistic malpractice, including just plain laziness. Strangely, many of those who deny that the MSM could possibly be guilty of passing along bad information, much less lies, accuse Fox News of doing just that on a daily basis. Go figure. 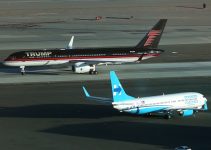