I have always resented spammers. They annoyed and aggravated me sorely, but when challenged, I couldn’t explain why I didn’t “just hit delete” like so many others. I grumbled about the “in-your-face” marketing, the invasion of my space with their ads without my permission, but that wasn’t the full reason. It wasn’t until I started seriously dabbling in the anti-spam world that I stumbled across the words that expressed what I had grasped only at a subconscious level.

Junk e-mail works because it is largely exempt from some of the basic rules of economics. There are no limiting economic factors of scale. It costs the sender virtually the same to send one message as it does millions. If auto makers were freed from this rule, they could make a thousand cars of every single variant as cheaply as it would be to make a single one, and if they sold one car out of every hundred thousand, they’d still make a profit.

But I read a bit further, and found out that the spammers aren’t truly exempt from that law. They’ve just found a way to twist it. And that secret is “cost-shifting.”

Much like junk faxers, spammers have discovered that it is wonderfully economic to broadcast their message to every recipient they can find — because they don’t pay the costs for carrying and delivering that message. The true costs are borne by the intermediaries and recipients.

According to the latest estimates I can find, spam makes up about 40% of all e-mail — and that number is rising. Spam is a huge cost to internet service providers, as they have to have enough bandwidth to accept it, enough server horsepower to manage it, sufficient storage to hold it, and efficient enough software to filter it. And since it’s a war between the spammers and the ISPs over who gets to control how the ISP’s resources are used, that means that the ISPs have to constantly reinvest and upgrade their own resources just to defend themselves.

But the spammers don’t care about the cost to the ISPs. They just want to get their ads out to as many people as possible. If they only get one sale for every 10,000 ads they send (just to pick a number), that means that they will make a hundred sales if they send out a million ads. But it costs them NOTHING MORE to send out those million than it would to send out a hundred, so why should they limit themselves to just a million?

It may come as no surprise that this brilliant innovation is not so very new, and is already against the law. The legal term is “trespass to chattels,” or “theft by conversion.” It boils down to one simple concept: you can’t use someone else’s property for your own benefit without that person’s permission — even if they are not directly harmed by your use.

For example, you can’t put a sign on someone’s lawn. You can’t take someone’s money, invest it, then return the principle and keep the profits. In short, if any part of your plan involves using someone else’s property without their permission, even if they come to no harm, is illegal.

This was the principle behind the laws against junk faxing. It was obvious that the junk faxers were using the assets of the recipient without their permission. The actual costs of a single junk fax were negligible (toner, paper, and use of the machine briefly), but the costs of permitting everyone to do it would, in theory, bankrupt the recipient.

That’s the theory. Here’s the reality. Numerous companies have been seriously hurt by junk faxes. They have lost important faxes because their machines ran out of paper or toner printing the junk ones. They have missed important faxes entirely because their line was tied up with junk faxes. And they have had to change their fax numbers when the junk-to-legit ratio got too high.

As John Kerry discovered through marriage, life is a lot simpler when you can get someone else to pay your bills.

And that principle is a large part of why I get so bent out of shape over the illegal alien problem.

Every single nation in the world has its poor people. They are, to be blunt, a burden. An expense. A liability. They consume far more in services than they will ever provide in revenue.

But they are also a fact of human nature, and providing care for them is one of the fundamental duties of any legitimate government. In the United States, we may argue about the level and form of that support, but only the most extreme ideologues argue against it completely.

Mexico, and some other nations, though, have found a solution to this problem. In fact, they’ve managed to turn them into assets. Their solution? Send them to the United States.

By some estimates, Mexicans working in the United States send home about $20 billion a year to their families. That number exceeds the amount Mexico gains from agriculture exports and tourism, and is a huge boon to the Mexican economy.

Why, this is a stroke of economic genius! Just how do these foreign nations manage to do it, and can other nations follow the same example?

The answer is simple: like the spammer, like the junk faxer, they are cost-shifting, but on a scale the scammers would blush at. By dumping their poor on the United States, they free themselves of the cost of support — and stick Uncle Sam with the bill.

By the best estimates I can find, illegal aliens contribute about $16 billion to the US economy each year. But they use about $26.3 billion in social spending, meaning that the United States loses about $10.3 billion a year supporting other nations’ poor.

Mexicans make up about 57% of all illegal aliens in the United States, so let’s round off the numbers and say that Mexican illegals use about $5.7 billion of that cost. Add that number to the $20 billion that they send home to Mexico, and we see that we are subsidizing the Mexican government to the tune of almost $26 billion dollars a year. That’s above and beyond any direct foreign aid; that is money that Mexico is directly taking from us via its illegal aliens.

In direct violaiton of our laws.

The Mexican government has found its goose that lays the golden egg, and it’s the big nation to its north. It has discovered how to take its poorest citizens and encourage them to go north, in direct contravention of United States law and in violation of our national sovereignty, and turn them into productive citizens that are a huge asset to its economy. And now it’s trying to cast this program of economic exile into a moral issue, insisting that it is not only justifiable, but ethical and necessary that the United States continue to act as a relief valve for Mexico’s poor, dispossessed underclass — the very people who, if not presented with the very attractive choice of illegally coming to America, might very will rise up and overthrow their own corrupt, inefficient, callous government.

By tolerating the continuing flow of millions of illegal aliens into the United States, we are helping corrupt, oppressive governments to sustain their power and bleed off those who would be most motivated to make changes in their homelands. We are preserving a status quo that, by any moral, economic, or pragmatic standard, should not be sustainable. And we are doing it to the tune of $10 billion a year — and rising.

It’s easy to look at the illegal alien and feel compassion and sympathy. He only wants to support his family back home. She has children to care for. But it’s a trap. By bending the rules today, we are sentencing untold future generations to the same fate as the guy mowing your lawn, the crew fixing your roof, the women who clean your office. We are rewarding the governments that made them into economic refugees.

It’s an immoral model. More importantly, it’s an economically unsustainable model. And sooner or later, it has to end.

If we’re lucky, we’ll end it before it ends us. 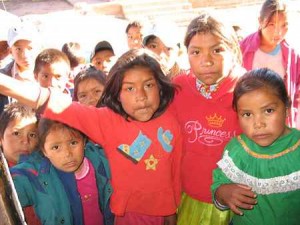