Fox News is reporting that a CIA officer was fired for leaking classified information to a reporter:

WASHINGTON — A CIA officer has been relieved of his duty after being caught leaking classified information to the media.

Citing the Privacy Act, the CIA would not provide any details about the officer’s identity or assignments. It was not immediately clear if the person would face prosecution. The firing is a highly unusual move, although there has been an ongoing investigation into leaks in the CIA.

“The officer has acknowledged unauthorized discussions with the media and the unauthorized sharing of classified information,” said CIA spokesman Paul Gimigliano. “That is a violation of the secrecy agreement that everyone signs as a condition of employment with the CIA.”

One official called this a “damaging leak” that deals with operational information and said the fired officer “knowingly and willfully” leaked the information to the media and “was caught.”

The CIA officer was not in the public affairs office, nor was he someone authorized to talk to the media. The investigation was launched in January by the CIA’s security center. It was directed to look at employees who had been exposed to certain intelligence programs. In the course of the investigation, the fired officer admitted discussing classified information including information about classified operations.

Sources have told FOX News in the past that the CIA prisons/black sites story was referred to the Justice Department for investigation. That story involved the transfer of terror suspects to other countries for questioning. Some believe the CIA transferred suspects to secret prisons in countries where torture is more acceptable; secret prisons and many harsh methods of interrogation would be illegal on U.S. soil.

The administration has refused to address the question of whether it operated such secret sites that may be illegal under European law, citing the constraints of classified information.

The Washington Post report caused an international uproar, and government officials have said it did significant damage to relationships between the U.S. and allied intelligence agencies.

This is the WaPo article that did such damage to the CIA’s operations.

Will the Washington Post and Dana Priest face any repercussions for publishing the classified information?

Not only did this [article] cause political damage among our European allies regarding their support of our war efforts, it also apparently caused the program’s termination, at least delaying the acquisition of intel from detainees that could have impacted American and Western security. Worst of all, other intel agencies had to rethink their cooperation with American agencies in light of the fact that people within them couldn’t keep their mouths shut.

Meanwhile, the Justice Department says that “there [are] dozens of leak investigations under way.” It seems likely that one of them relates to the leak of the NSA’s terrorist surveillance program.

My only regret is that the investigations didn’t start sooner. Democrats in the CIA have been conducting a leak war against the Bush administration for at least the past three years. Perhaps if the law had been enforced more vigorously long ago, the later leaks, which were even more damaging to national security, might not have occurred.

But there is no internal moral restraint in such people. Anything and everything can be done, no matter how underhanded, dishonest, or borderline treasonous, because they serve a greater good than mere law or ethics.

Update: Fox News just reported that the CIA officer’s name is Mary McCarthy. She worked at the Inspector General’s office and testified in front of the 9/11 Commission.

Intelligence sources tell NBC News the accused officer, Mary McCarthy, worked in the CIA’s inspector general’s office and had worked for the National Security Council under the Clinton and and George W. Bush administrations.

The leak pertained to stories on the CIA’s rumored secret prisons in Eastern Europe, sources told NBC. The information was allegedly provided to Dana Priest of the Washington Post, who wrote about CIA prisons in November and was awarded a Pulitzer Prize on Monday for her reporting.

Sources said the CIA believes McCarthy had more than a dozen unauthorized contacts with Priest. Information about subjects other than the prisons may have been leaked as well.

Update IV: It turns out that Mary McCarthy didn’t just donate to John Kerry’s campaign; she and her husband gave a total of $9,500 to democratic candidates and organizations. 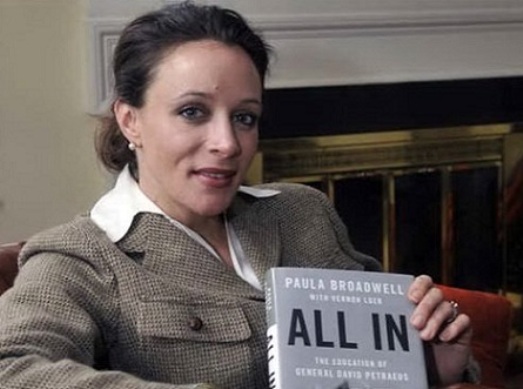