Jason McElwain, the autistic boy who scored six three-pointers in the final four minutes of a basketball game and captured the world’s attention, is getting a movie deal.

LOS ANGELES (Hollywood Reporter) – Columbia Pictures has acquired the life rights to Jason McElwain, an autistic teenager who morphed from a basketball benchwarmer into an international media sensation after hitting six three-pointers in the final four minutes of a high school game.

McElwain, a Rochester, N.Y., senior nicknamed “J-Mac” by his friends, never made the varsity team because of his size and instead served as its student manager. But in the waning minutes of the final game of the regular season in February, his coach rewarded McElwain’s dedication and attitude by putting him into the game.

McElwain’s first three-point attempt was an air ball, which he followed with a missed layup. He then scored six three-pointers, his last one the final shot of the game — a feat that Johnson said would be nearly impossible for a seasoned pro to accomplish, nevermind a high schooler not accustomed to playing time.

“When I first saw the highlights on ESPN and then heard Jason’s back story, I said, ‘Man, I’ve got to be a part of this.’ This story touched me, my kids, my wife,” said Johnson. “When we go to the movies, this is the type of story we want to see.”

Here are the highlights of his exciting night (video included):

(CBS) It was the stuff of Hollywood, but it was real.

Senior Jason McElwain had been the manager of the varsity basketball team of Greece Athena High School in Rochester, N.Y.

McElwain, who’s autistic, was added to the roster by coach Jim Johnson so he could be given a jersey and get to sit on the bench in the team’s last game of the year.

Johnson hoped the situation would even enable him to get McElwain onto the floor a little playing time.

He got the chance, with Greece Athena up by double-digits with four minutes go to.

And, in his first action of the year, McElwain missed his first two shots, but then sank six three-pointers and another shot, for a total of 20 points in three minutes.

“My first shot was an air ball (missing the hoop), by a lot, then I missed a lay-up,” McElwain recalls. “As the first shot went in, and then the second shot, as soon as that went in, I just started to catch fire.”

“I’ve had a lot of thrills in coaching,” Johnson says. “I’ve coached a lot of wonderful kids. But I’ve never experienced such a thrill.”

The crowd went wild, and his teammates carried the excited McElwain off the court.

Be sure to watch the video of Jason’s basketball triumph. 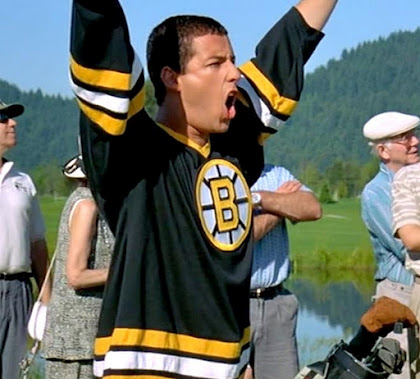